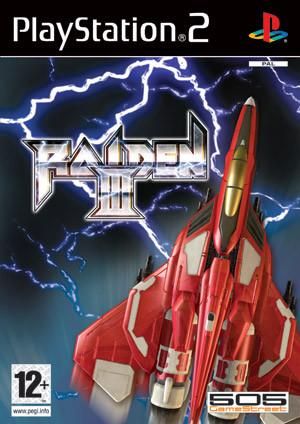 Raiden III is the follow-up to the early 90's shoot 'em-ups Raiden and Raiden II. Once again you control the Raiden "Fighting Thunder ME-02" trying to fend off the attack of the alien invaders. There are in total 7 levels, the first three set on Earth and the last three in space.

In arcades, it was the first game to use the "Taito Type X arcade system"-board. It implements a 3D scrolling system permitting the scenery to move in three dimensions: climbing, descending, vertically moving.