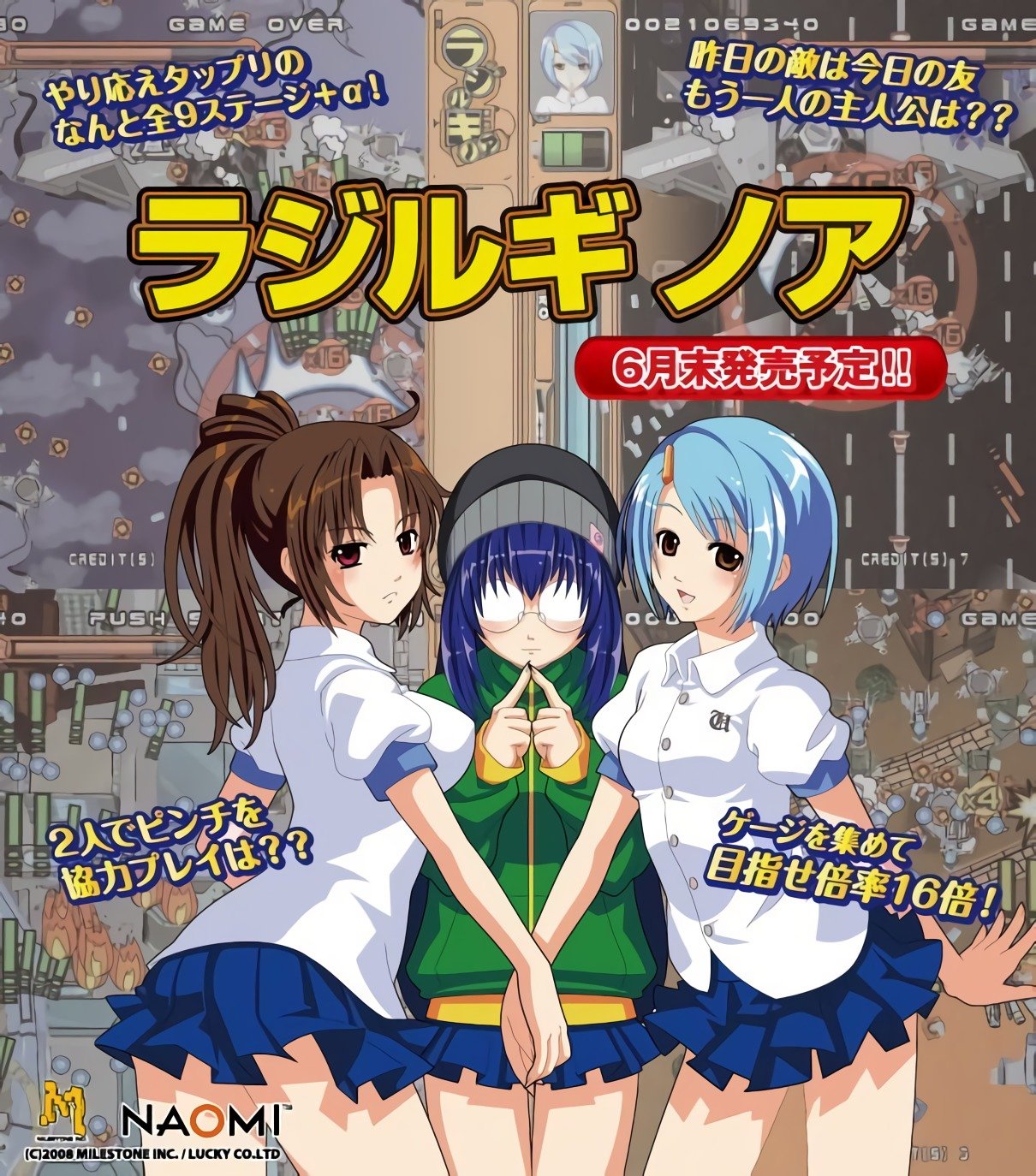 By GambierBae : May 20
Radirgy Noa, commonly mistranslated as Radirgy Noir, is a 2009 shoot-'em-up for the Sega NAOMI by Milestone as the sequel to Radirgy. It has since been ported to Wii.