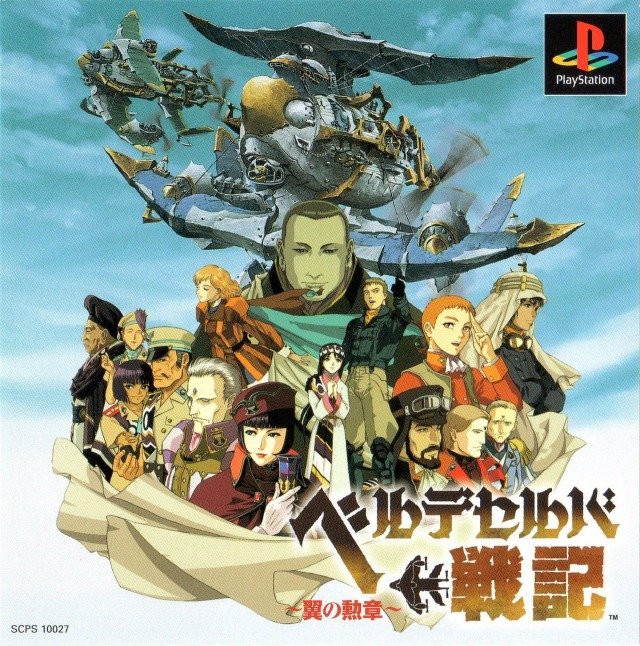 The planet Velldeselba has long been in a state of turmoil, with fighting continuing between the Kingdom of Gidan, the Munogi Federation, and the independent state of Noipask. Misaki, a young space pilot, had to make an emergency crash landing on Velldeselba, and washed up on the shore of Noipask. Sensing his potential, he was quickly recruited to join the Noipask army and help the country in their struggle to remain independent.

Velldeselba Senki is a combination of a traditional Japanese-style RPG and an arcade-style flight sim. Story events, as well as on-foot exploration and equipment setup, take place in a 2D overhead view, while battles take place as full-3D flight sequences. It is necessary to purchase upgrades and repairs outside of battle, and it is also possible to recruit additional crew members and obtain multiple distinct types of ships, each with their own abilities and weapon systems.