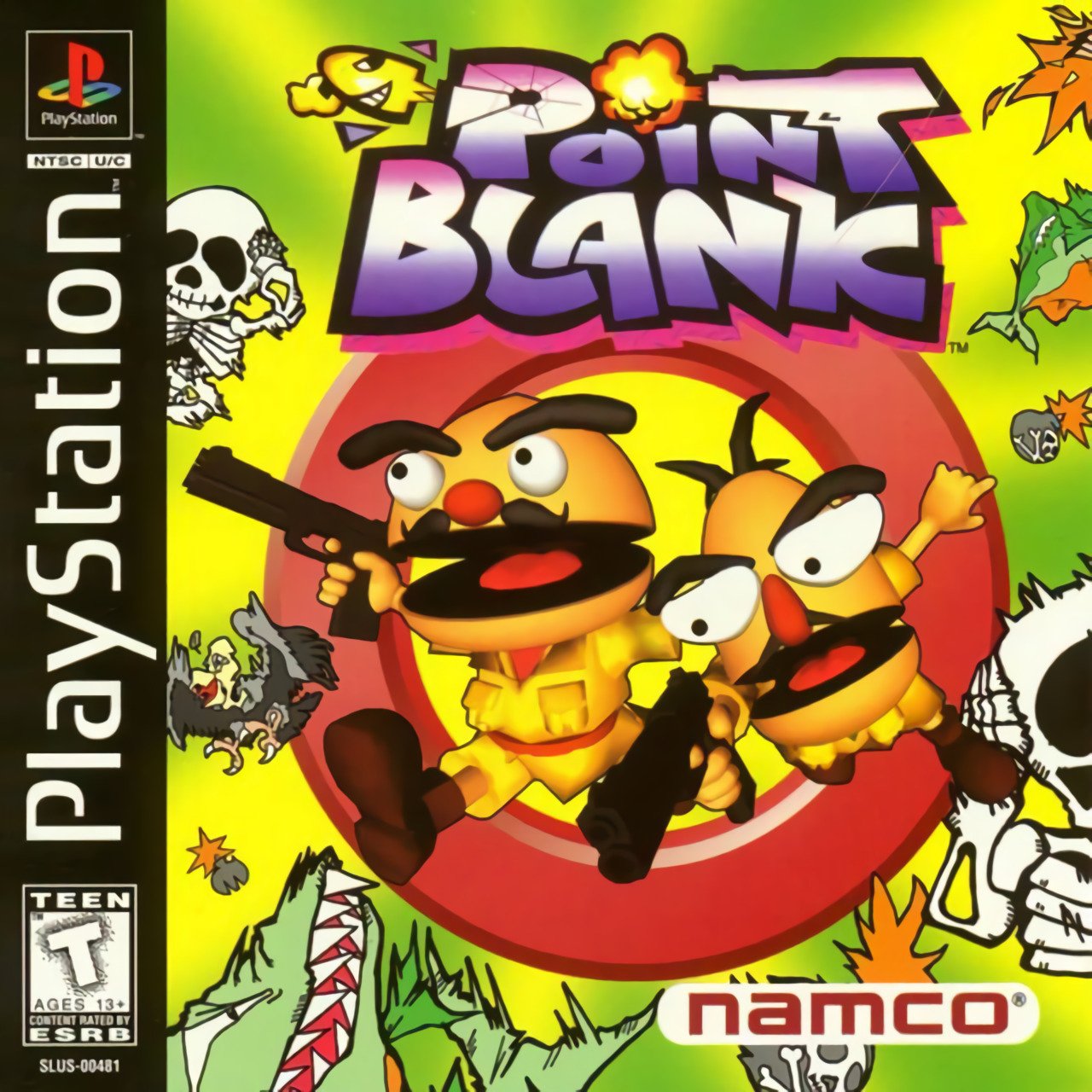 By GambierBae : June 5, 2021
Point Blank is a light gun arcade game, in which players shoots targets in a wide variety of stages. The Playstation version uses the G-Con gun, for action similar to Time Crisis, also by Namco.