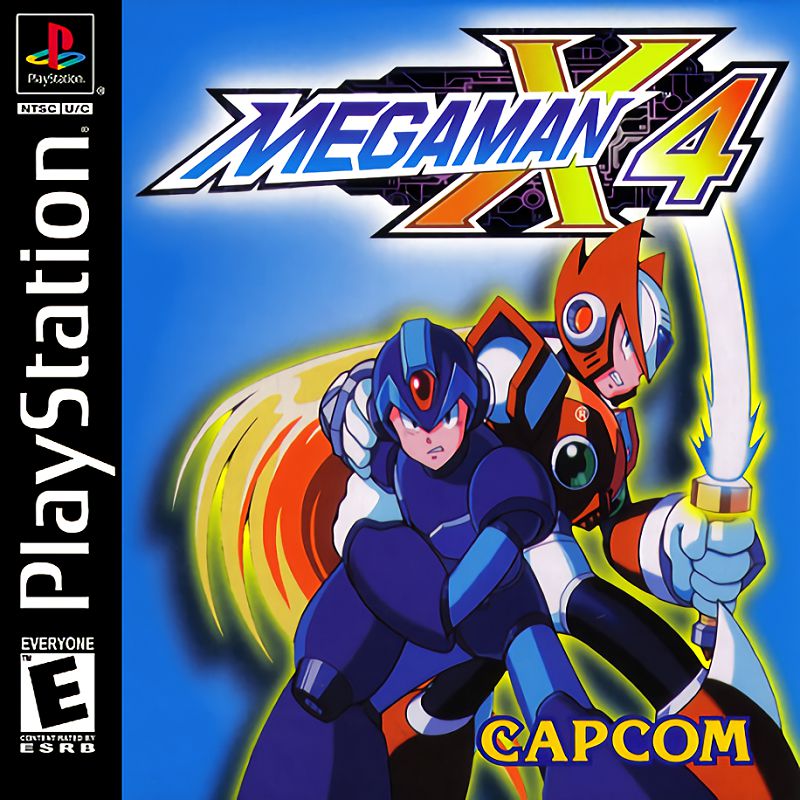 Mega Man X, the reploid leader of the 17th unit Maverick Hunters, and his best friend Zero have to stop a reploid rebellion. Each of them gets involved in a different way and you can play as either character through the parallel stories.

In the era 21XX a one Dr.Cain discoveres a mysterious capsule, this capsule was the tank that was containing the hope of the future. This hope was notment for the destiny which it has been given but chooses to do what it must for the sake of humanity and reploids alike, this hope is X.

Created by Dr. Thomas Light a brilliant scientist and mechanic. Dr.Light who most know him by created X over a 30 years ago in 20XX. He feared that X mayor may not follow his programming. Reason being Dr.Light also gave him the ability to think for himself, in other words will. He thought it was safestto contain him in hope that his abilities would be more useful and he couldlive a life of peace which Dr.Light intended for him. Alas if he chose to dis-obey he could be contained easier in the distant future if something happen togo wrong.

In 21XX he is discovered by Dr.Cain and released, He becomes a Maverick Hunter and is aqainted with his partner Zero. Who is somewhat similarto X in more ways then it appears. And so begins the Maverick riots which the two must stop for the sake of humanity and existence itself.

- MEGA MAN X:
Most know him by the name X although his full ID is MEGA MAN X. Created by Dr.Light in 20XX he is now a Maverick Hunter in 21XX. His goal is to rid earthof the Maverick threat and bring peace to the world. He hates the fact that he must fight but also knows that he has to. Although he hates fighting and destruction he does not hold back under any circumstances if put in to a situation which would cost his own life. He will not hesitate to end your life, But he may try to talk you out of your foolish decision.

- ZERO:
Zero is quite a mysterious figure, With no real past and an unclear future.He is the leader of the Maverick Hunters and X's closest friend. Zero is almost a direct opposite of X as far as personalities. He doesn't tell you what you are doing is wrong, he isn't the second chance type and does enjoy dueling for any means. While he used his plasma cannon in previous appearances he has decided to yield his saber with pride. His skill with his saber is more than impressive as he punishes those who oppose him.

The Limited Edition includes the game and a plastic model kit of Rockman X.

Thanks to Jericho and RyleFury for this translation.