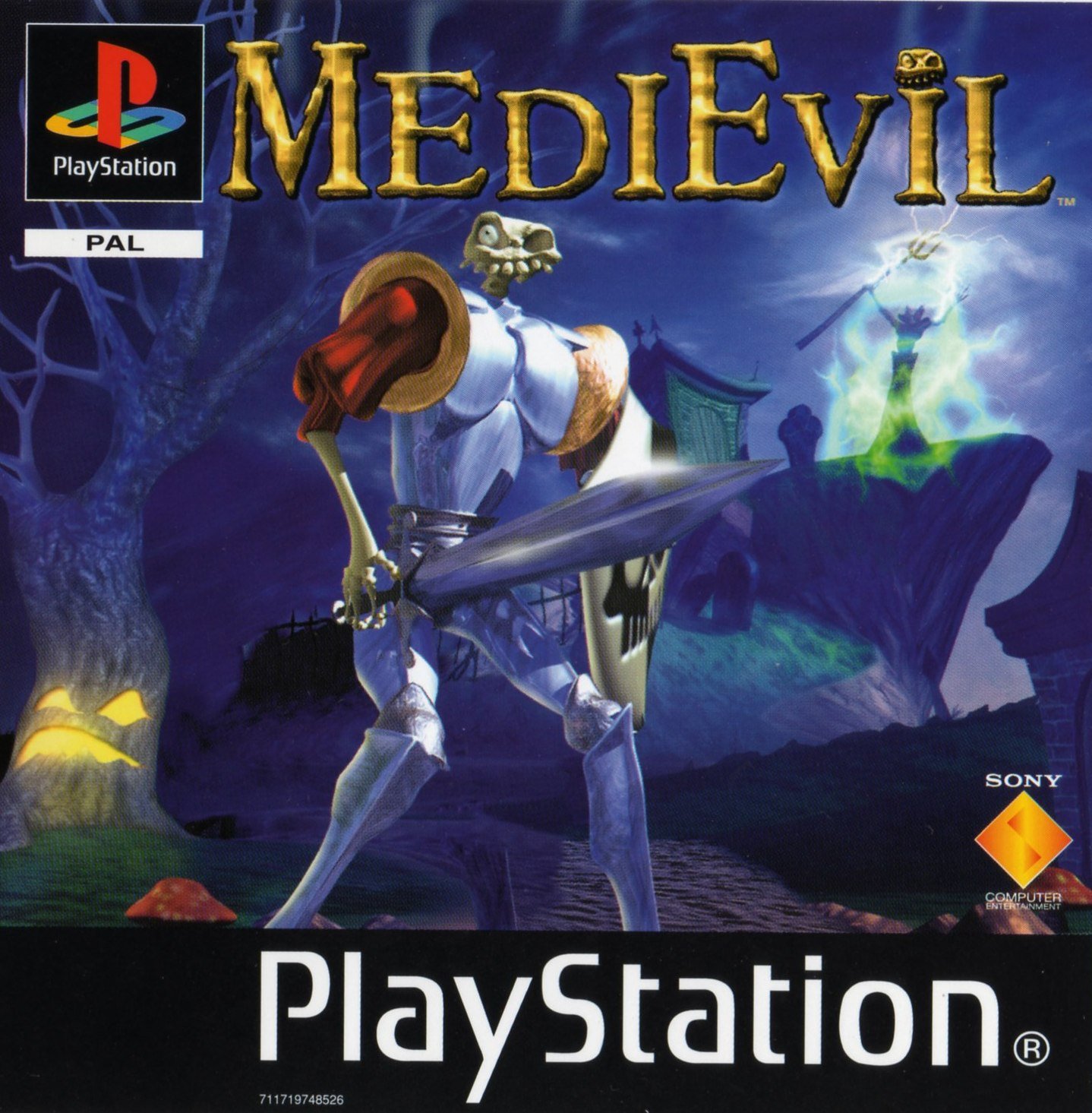 In the year 1286, Sir Daniel Fortesque and his soldiers fought against the evil sorcerer Zarok, who raised an army of demons, intending to conquer the world. Sir Daniel was hailed as a hero after the battle, supposedly having been mortally wounded during it, taking Zarok with him. However, it looks like the sorcerer was not defeated in that battle. A hundred years later, he appears again, robbing people of their souls to build an army of undead. Unleashing waves of necromantic energy, Zarok inadvertently revives Sir Daniel as well. Now a skeletal corpse, the knight must correct the mistakes of the past and defeat Zarok once and for all.

MediEvil is an action game in which the player controls Sir Daniel, exploring 3D environments and fighting many enemies that stand on his path towards the ultimate goal. The protagonist starts with his own detachable arm as the basic weapon; however, later he acquires swords and other melee weapons, as well as bows. Money can be collected and spent on items and equipment sold by gargoyle merchants. The hero must also find various rune stones that will allow him to access new areas.

Each level contains a chalice that can be filled with souls of defeated enemies. Sir Daniel may take a chalice only after having vanquished a sufficient amount of foes. Getting the chalice enables access to the Hall of Heroes, where the protagonist can receive new weapons. Collecting all the chalices in the game unlocks a special ending.