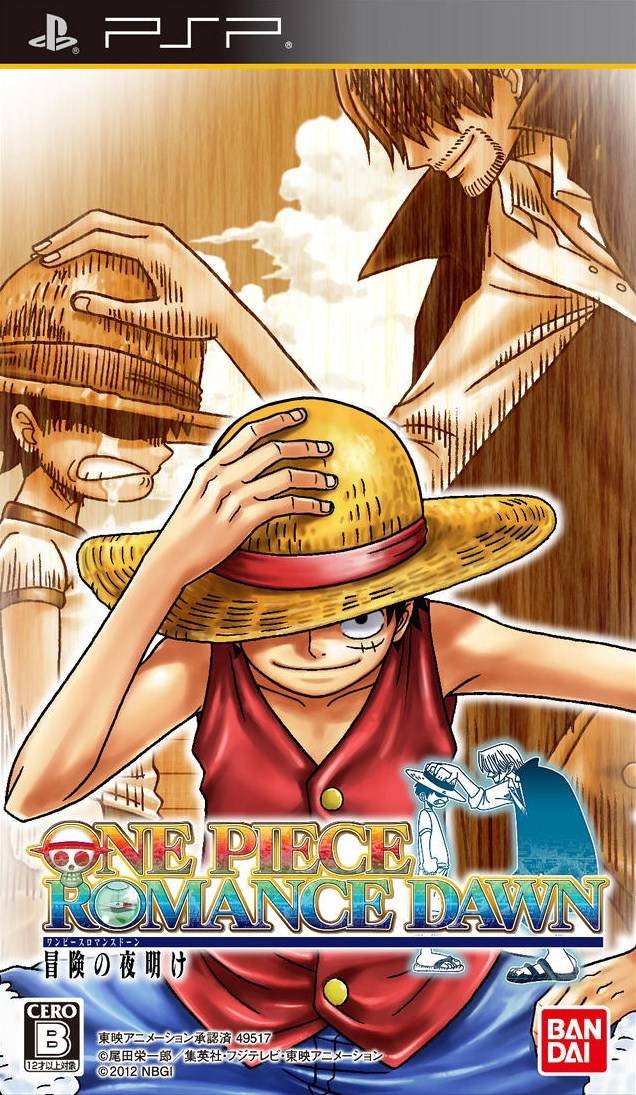 One Piece: Romance Dawn - Bouken no Yoake is an RPG game available on PSP. It was published by Bandai Namco and was released in Japan in 2012. You will find the universe of the One Piece series. This PSP opus is the only adaptation of the adventures of Luffy's crew to be released on Sony's handheld.

It's an Action/RPG game with turn-based battles. The game starts with the East Blue saga and ends with the Marine Ford arc. 10 characters are playable during the game.