From TV animation - One Piece: Mezase! King of Berry 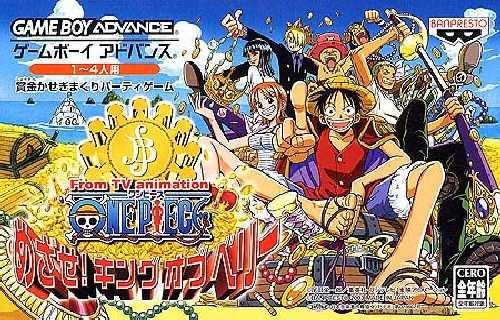 From TV animation - One Piece: Mezase! King of Berry is a game for the GameBoy Advance, loosely adapting elements of the series up to the Alabasta arc. The game is simply just a board game, with additional aspect of traditional RPG game.

The player controls one of the five playable character: Luffy, Zoro, Sanji, Usopp, and Chopper in a board game based on the One Piece world. From the start point, the players, with their boats, move around a vast seaboard without any guide. Because there is no goal point at any turn, movement is decided by rolling a die, or additional dice if one gets a card. The goal of this game is collect as much money (Belly) as Nami wants for the crew.