Call of Duty: Roads to Victory 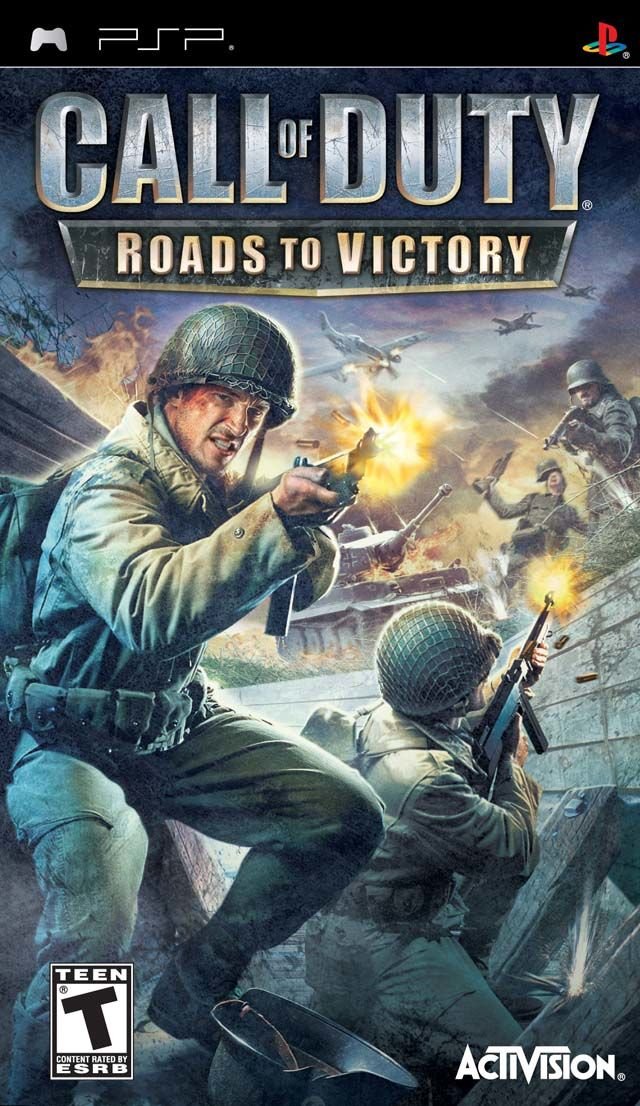 Call of Duty: Roads to Victory is the first game in Call of Duty series for PlayStation Portable. It is based on PS2-version of Call of Duty 3, so many mission maps were taken from there though with different objectives and some other changes.

The game features 14 missions in where you play as an American trooper, a Canadian sniper and a British commando. Depends on a character you play, your Roads to Victory will be different, but ultimately you need to rid France of Nazis. You will retake bunkers, plant bombs, search for documents and deliver them, and use rocket launchers to take out enemy tanks. There is also a mini-shooter game where you can shoot down planes from bomber plane back gun.

There are four different control schemes and the auto-aiming function. The game supports Ad Hoc multiplayer for 2-6 players and three different modes: Deathmatch, Capture the Flag and King of the Hill. Many bonuses to be unlocked complete the package.