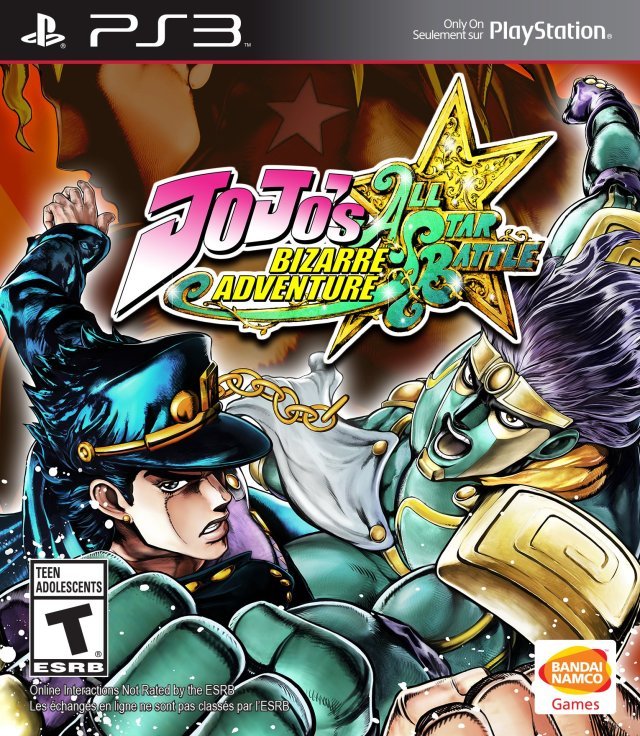 JoJo's Bizarre Adventure: All Star Battle is a 3D one-on-one fighting game based on Hirohiko Araki's long-running manga series JoJo's Bizarre Adventure. For this game the plot and the characters are adapted from the series' eight story arcs. The game modes include a story mode, a campaign mode, and a versus mode with competitive matches against another player both offline and in online ranked games.

In addition to regular special moves, each character can access additional moves via their Battle Style which, depending upon the character, can fall under one of six categories: Ripple, Vampirism, Mode, Stand, Mounted, and Baoh Armed Phenomenon.