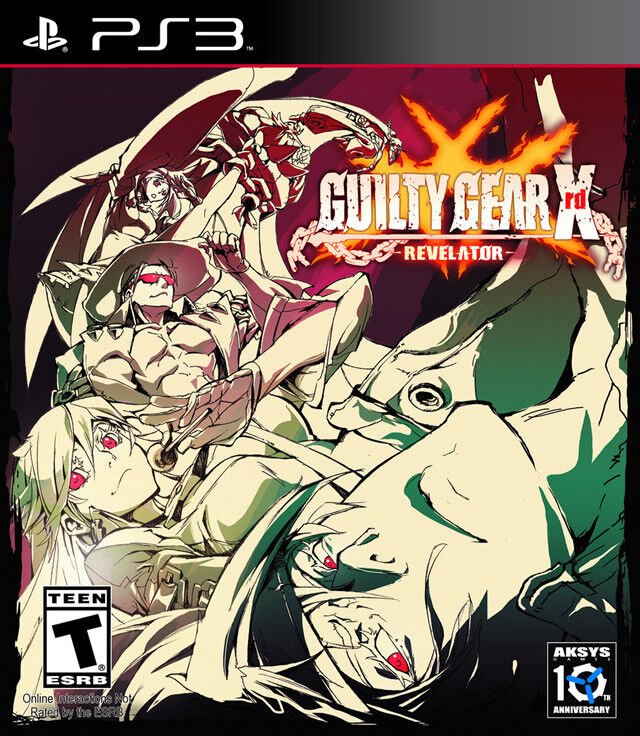 In addition to new characters (either obtained in-game or through DLC) and the usual Story, Arcade and Versus modes, new modes can help first-time players get an early advantage on their more advanced foes. Players can now choose one of two control types, each with a different way of controlling a fighter, work out flaws in their execution with the "Virtual Stick", and lots more. And, if the player is new to fighting games, they can always call up a FAQ from the Pause menu to get the answers to any questions they may have.

Regarding the story - it's been a week since Ramlethal Valentine, the "Merciless Apocalypse", declared war on the whole world, and already so much has happened that it's hard for anyone to piece it all together. For one thing, Elphelt Valentine, sister of the so-called "Merciless Apocalypse" Ramlethal Valentine, has been kidnapped, and no one knows where to find her. For another, Sol Badguy's arch-nemesis, That Man, and one of his lieutenants, Raven, have paid a visit to our hero, in the hopes of soliciting his help in combating something called the "Universal Will".

Now, Sol, Ky Kiske, and a host of other assassins have a burning question in their minds: "What is the Universal Will?" There's only one way to find out...