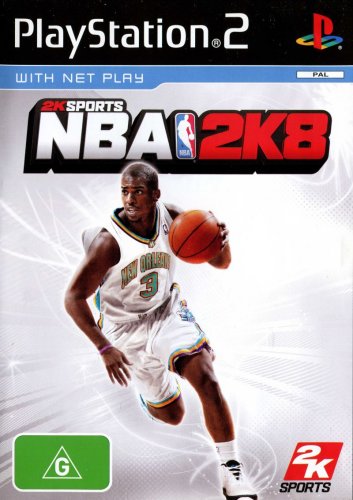 NBA 2K8 is a continuation of 2K's NBA franchise, featuring the obligatory roster and stats updates for each team as well as the standard game modes: Exhibition, Season, Career as well as a Franchise mode which is known as The Association, where players can identify key players as well as troublemakers, keep up-to-date injuries and stats as well as simulate games.

The controls still remain the same from previous versions with some added tweaks. One of which is where players can switch to other players on offense besides the ball handler and set up alley-oops and set up screens to fool defenses. Players can also use the right analog stick for defensive purposes, locking onto opponents and run defensive plays against them. There is also Signature Style, giving the NBA players in the game and more life-like and fluid feel to them.

There is also a Slam Dunk Contest sponsored by Sprite with the ability to use over 300 different dunk variations as well as compete against four other opponents online. Music in the game is provided by well-know rappers such as Q-Tip, Run-DMC, Percee P among many others.

From 1995 to 2015, Namco had a patent that prohibited other developers from using a mini-game while loading... ⌛