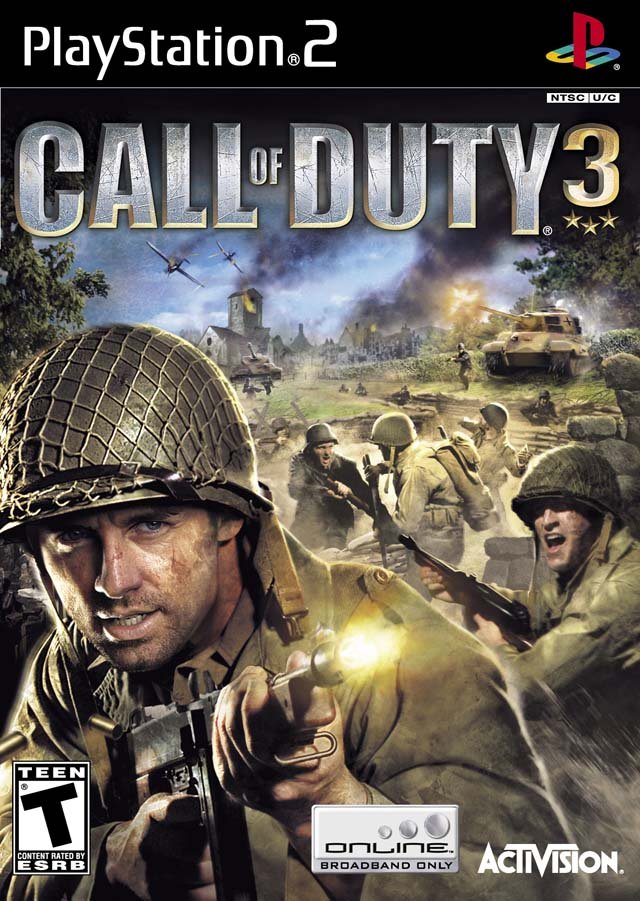 By GambierBae : November 9, 2021
The third main Call of Duty game centers around Operation Cobra in Normandy, France, the World War II operation planned by United States Army General Omar Bradley to break out from the Normandy area after the previous month's D-Day landings. You play as 4 allied sides with American, Canadian, British and Polish soldiers in 14 chronological singleplayer missions covering the 88 days leading up to the liberation of Paris. Surprisingly, you cannot play as the French 2nd Armored Division that actually liberated Paris.

The battles are usually dramatic with many fights and scripted events at the same time, consisting of infantry and vehicles, with semi-destructible environments. In between, there are cinematics that explain the events. A few gameplay mechanics have been kept intact or make a return: slight auto aim, the damage system that allows you to recover if you hide for a moment, and smoke grenades. New features include the ability to toss back unexploded grenades and actions requiring a successful series of button combinations. This can occur in hand-to-hand combat where you can yank the weapon out of enemy soldiers' hands. Enemies work in groups, try different tactics and search for cover.

The main multiplayer modes are standard deathmatch (battle), team deathmatch (team battle), Capture the Flag (either with two flags or two sides trying to control a single, neutral flag) and Headquarters (two sides either defend or attack a structure, and players can now respawn after dying). The new mode, War, is similar to the gameplay of the Battlefield series. Two teams start with two control points each, and one neutral flag in the middle. The objective is to control all five flags.

There are multiple-occupancy vehicles (Sherman Tank, Panzer IV, Jeep, Horch, BMW, Harley), and several multiplayer classes: Rifleman, Heavy Assault, Light Assault, Medic, Scout, Support and Anti-Armor. Each class has unique abilities. There are also two rankings: a normal rank system during a single game where your abilities improve if you do well, and an overall TrueSkill ranking. Also, unlike the previous games, your team stays grouped together after a match and is not booted back to the lobby right away.