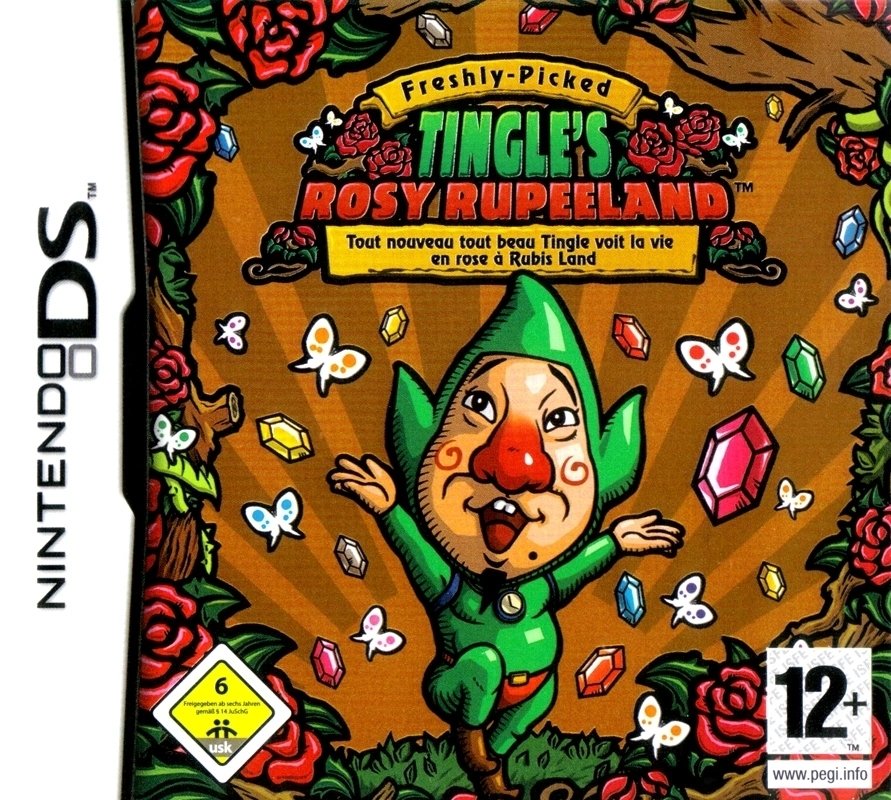 By GambierBae : June 29
At 35 and single, life is bland and repetitive for our hero. Then, one day, he hears a voice coming from the nearby Western Pool. He follows it, and meets a strange man called 'Uncle Rupee', who transforms him into Tingle. Tingle's goal is to reach Rupeeland, a paradise where all your dreams come true.

But Tingle's transformation has come at a 'price'. Rupees, the world's currency, are now his life - literally! If Tingle runs out of rupees, he will die. Unfortunately for Tingle, everyone in Rupeeland wants to get their hands on rupees. Tingle will need to carefully barter and haggle with people he meets - everything from information to new items to Tingle's reward for rescuing a person need to be negotiated. Don't get too greedy, however - it could end up costing you even more!

Freshly-Picked Tingle's Rosy Rupeeland is an adventure game with a difference. Rather than hacking and slashing your way through hordes of enemies, the player controls Tingle, who must earn money through bartering and by cooking up recipes with ingredients that would be worthless on their own, but become valuable when sold as recipes to the right people. Tingle will encounter scuffles with enemies, which drains his cash - however, the more enemies involved in the fight, the greater the spoils for Tingle when he eventually wins! Tingle can even hire bodyguards to help him earn even more money in fights. Tingle is also an excellent map-maker, and can map out new regions he explores, then sell the maps for more money.