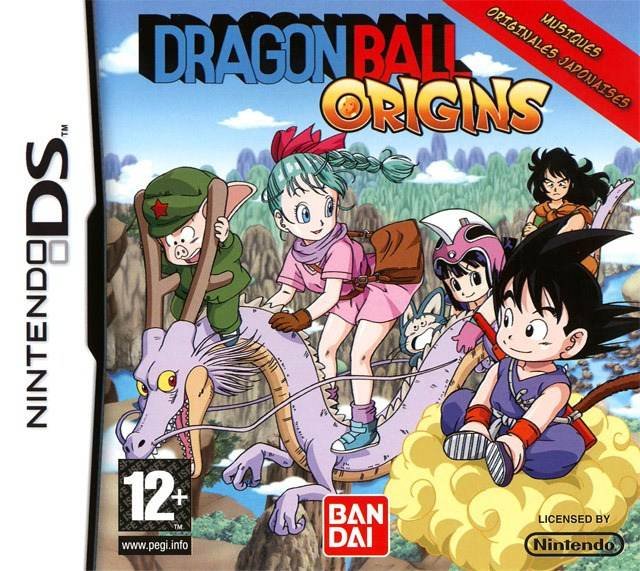 Dragon Ball: Origins pulls no punches in terms of graphics with both screens displaying vibrant 3D visuals, and with the lively, fun humour of Dragon Ball present throughout the game, fans will be able to immerse themselves completely in the spectacular universe. The single player game follows Goku and his clever sidekick Bulma as they travel the world overcoming enemies and obstacles to collect the 7 Dragon Balls. In the shoes of Goku, the player must protect Bulma from incoming enemy attacks using special skills, such as fighting with his power pole, or unleashing a kamehameha. Combined with Bulmas ability to invent machines and weapons, the intrepid pair make a formidable team able to defeat even the strongest enemies or trickiest of obstacles. The innovative controls mean the player uses only the touch pad to control Goku. Players must draw lines or shapes to direct the character and control the action by tapping on the screen, for example a double tap on Goku followed by tapping on the Ka-me-ha-me-ha letters unleashes his devastating signature move. Goku can perfect his skills by gaining experience through defeating strong enemies. Gokus power pole helps him and Bulma not only in the battle but also in solving puzzles throughout the game. For extra Dragon Ball fun, hunt down and collect the many virtual figurines hidden in the game world which can then be swapped and traded with friends via the wireless connection to get the full collection.