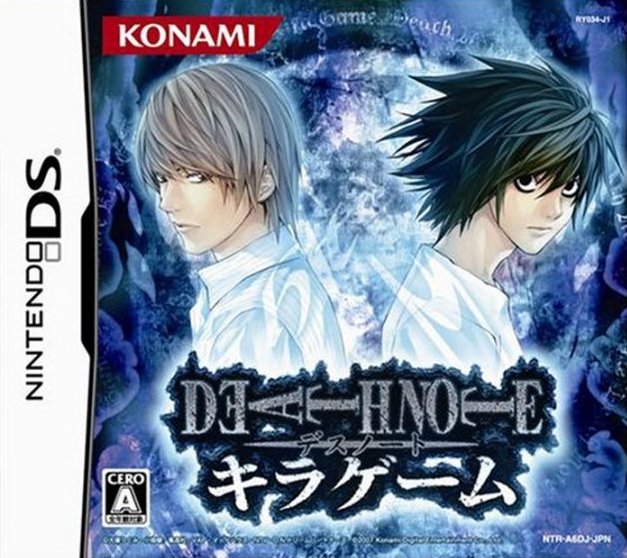 Death Note: Kira Game is the first of a series of Death Note video games. It includes nineteen playable characters, multiplayer mode, a story mode that reviews the series' first half, and an extras gallery for the sound test and character art.

Kira Game is a strategy game where the player takes on the role of Kira or L. These are just titles, as any character can be Kira or L. The player will attempt to deduce who their enemy is (Kira will try to uncover L's identity and vice-versa). This will play out in 3 phases: Investigation, where the player will discuss the case and clues with other characters; Voting, where each member of the investigation team casts a vote on who they suspect is L or Kira based on the player's performance in the previous phase; L/Kira, where the player can either focus their investigation on one member to see if they are Kira (L part) or force a member off of the team (Kira part).

As Kira or L, you must punish your opponent before you lose (die, get arrested, or are the last one standing). You take turns speaking and saying who you think may or may not be Kira. This costs proposal points (which you get back on your turn) and increases and/or decreases a person's Suspicion (red) or Trust Level (blue). People with checks are more likely to be voted out as Kira. A high trust level makes a person less likely to argue with the person they trust.