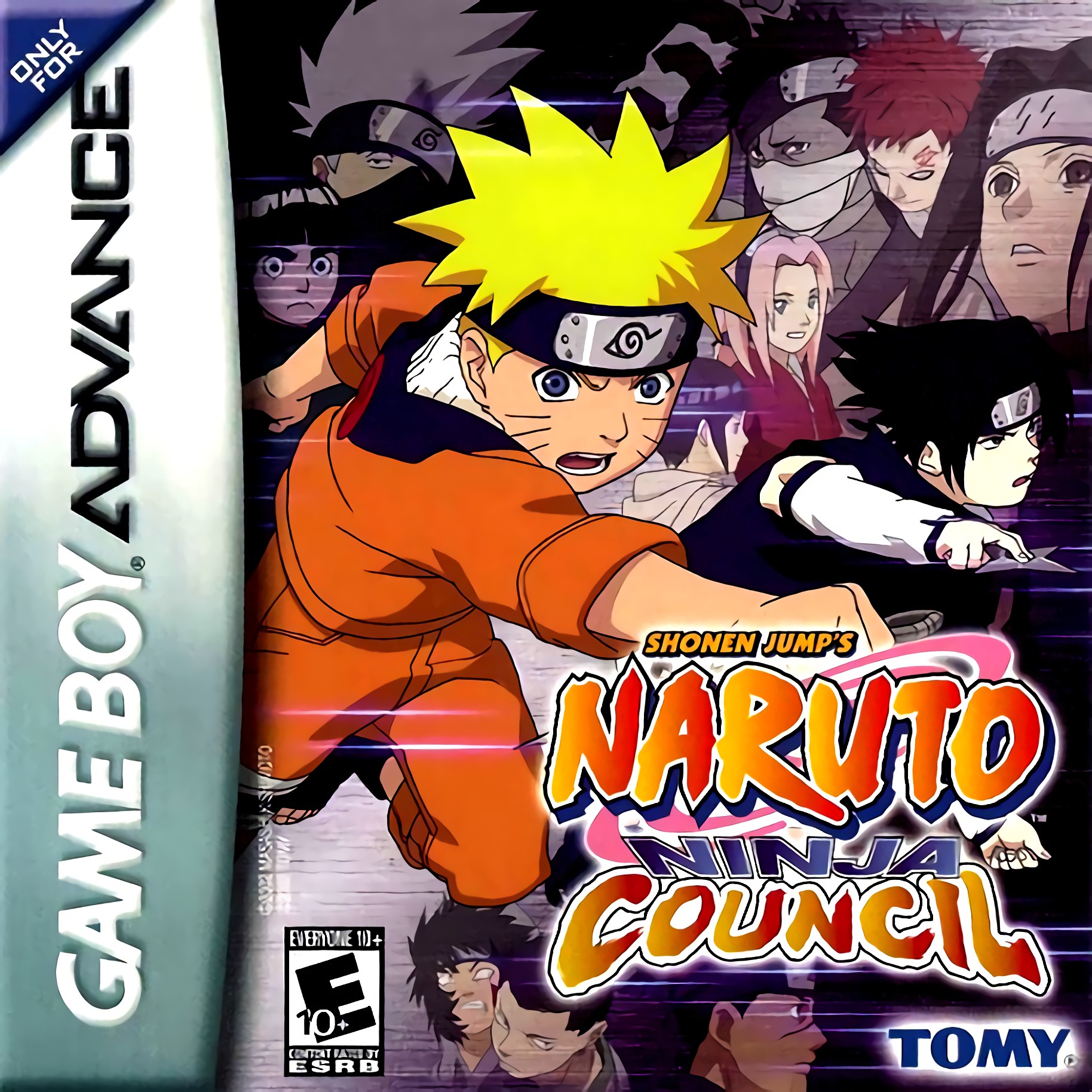 Naruto: Ninja Council is another game that was taken from a famous Japanese anime series and is also the first installment of the Ninja Council series.

It's a side scrolling, action oriented game with two modes to choose - Story mode and Free mode - and two playable characters. The story of Ninja Council starts from the survival exam and ends with Orochimaru’s attack at the Hidden Konoha Village. Apart from that there are no actual events between that - that take place on the anime although there are fights with certain characters that do like the fight with Haku and Orochimaru.

The characters that are available are Naruto and Sasuke. When you start a new game at the beginning of each stage Kakashi sensei appears to give you hints about the controls and other useful staff like a boss’ weak point or attack patterns. There are also hidden characters you can find who can restore your health when you run out of life. Stages have a time limit of 5 minutes to complete. At the end of each stage there is a boss fight and the timer resets at 5 minutes in which you have to win the battle in order to advance the game and be able to save your progress.

The two available characters - Naruto and Sasuke - can both use the same combo hits and weapons that can be picked up in each stage like shuriken and kunai. Every second stage the player will also find scrolls that contain elemental power ups like the Lightning Style Scroll that can be used either for attacking opponents or for progressing in the game. Apart from that each one has a set of three unique special attacks that can be used but only if you have sufficient amount of chakra.