The Typing of the Dead 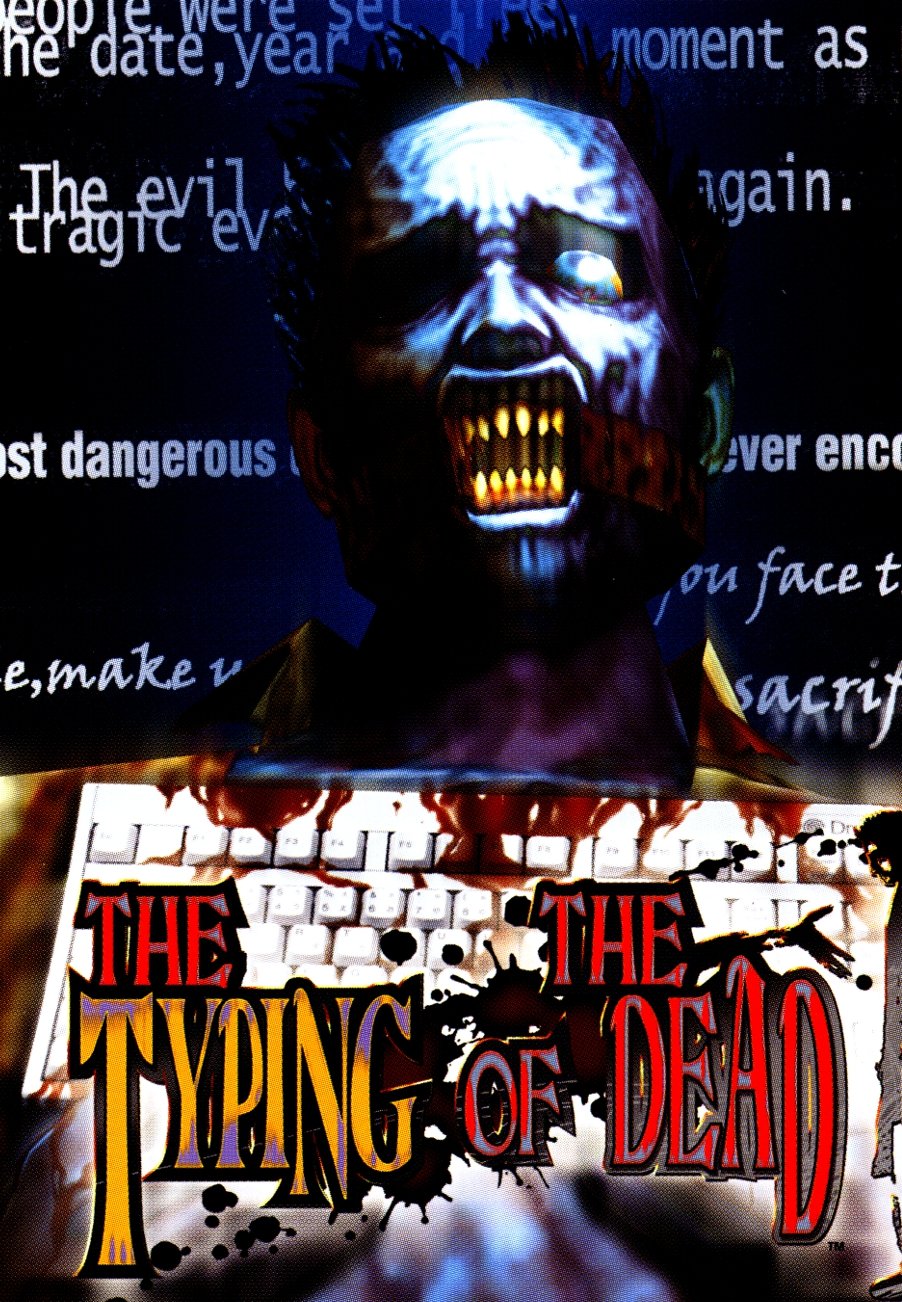 By GambierBae : June 11, 2020
This is essentially the same game as the arcade light-gun rail-shooter House of the Dead 2, except they've turned it into a edu-tainment typing trainer. Instead of guns, your characters have keyboards strapped to them, and instead of shooting the zombies that constantly jump out at you you'll need to type out the words attached to the zombies in order to kill them before they crack open your head and feast upon the goo inside. The game ranks you on your typing speed and provides various tutorials and other edu-tainment sundries.