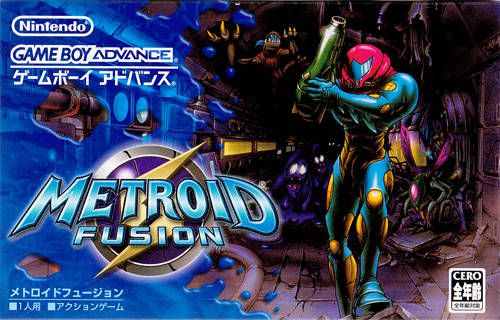 Metroid Fusion is the direct sequel to 1994's Super Metroid. The game begins as Samus Aran is sent back to planet SR388 to assist a Biologic Space Labs investigation team. While on the planet's surface, Samus is infected by a previously unknown parasite, known as X. The X parasite nearly kills Samus, but fortunately she is saved by a vaccine made from the Metroid she saved on Zebes. Shortly thereafter, an explosion rocks the Biologic Space Labs. Now Samus must investigate the Space Labs, which are orbiting SR388.

This game is similar, in terms of gameplay and structure, to the classic side-scrolling Metroid games. The game consists of a large inter-connected environment. As Samus learns a variety of new moves and weapons, she is able to explore new areas of the Space Lab and unlock the secrets of the X parasite.