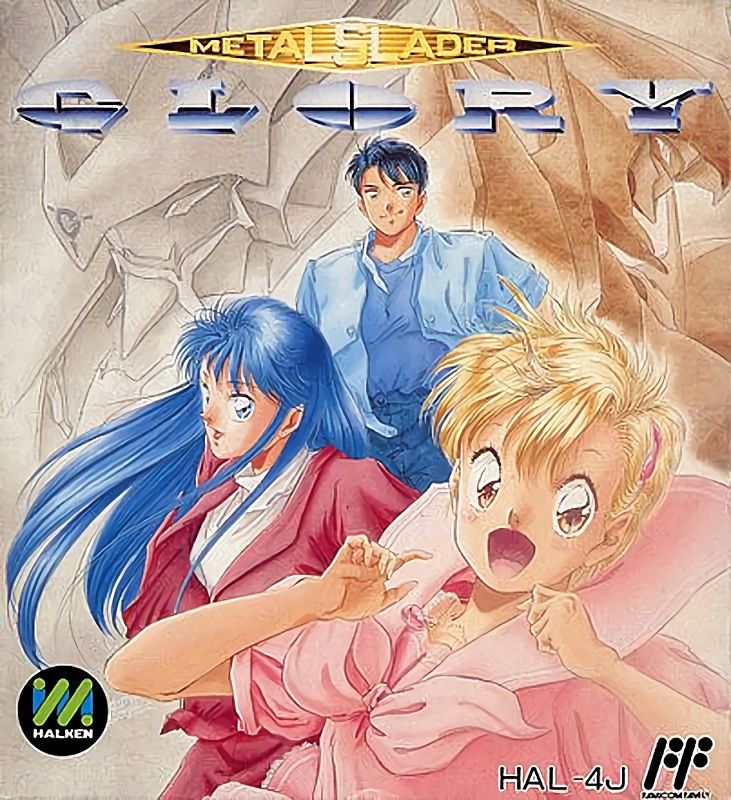 HAL Laboratory's last game as an independent developer, Metal Slader Glory is a visual novel/graphical text adventure game. It is controlled via a selection of commands such as talking to other characters and checking the surroundings. Trying all possibilities is usually necessary to progress unless an error is made, in which case the result is a game order. You can go back to a checkpoint by using the game's password feature.

Eight years after a war, 17 year-old orphan Tadashi Himukai buys a secondhand worker-mech to start a construction business along with his girlfriend Elina Furfa. When he activates it, it turns out the "worker-mech" was merely a facade, and it was really a Metal Slader, a combat model mech, supposedly all of which were dismantled following the war. Tadashi reads a message in the cockpit warning "EARTH IN PERIL... SEEK THE CREATOR". Tadashi, his sister Azusa, and Elina head into space in search of answers.

Thanks to Stardust Crusaders Team for this translation.