Mighty the Armadillo in Sonic the Hedgehog 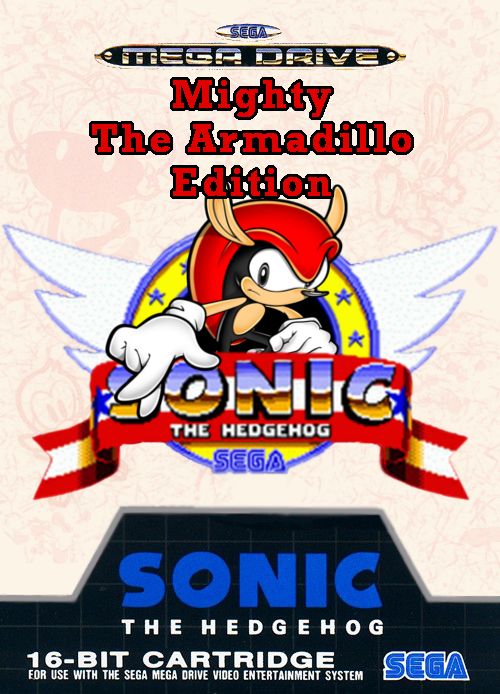 Mighty the Armadillo in Sonic the Hedgehog (aka Mighty in Sonic 1) is a hack of Sonic 1 by E-122-Psi, starring Mighty as the playable character instead of Sonic the Hedgehog. The game is modified to use Mighty's sprites in place of Sonic's, along with several modifications to the player's stats and abilities.

Mighty has all of Sonic's basic abilities, including the Spin Dash from Sonic 2. He also has his wall jump ability from Knuckles Chaotix. Press the jump button against a wall to stick to it for a brief moment, and press it again to leap off in the direction chosen. He can also smash through breakable walls by walking into them.