Vector the Crocodile in Sonic the Hedgehog 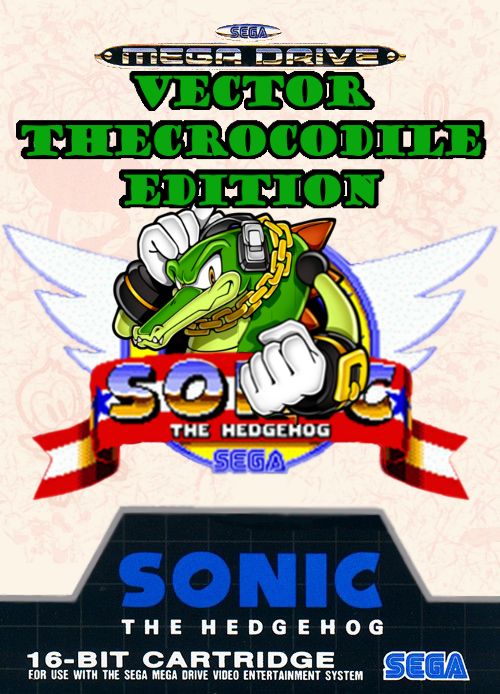 Vector the Crocodile in Sonic the Hedgehog (aka Vector in Sonic 1) is a hack of Sonic 1 by E-122-Psi, starring Vector the Crocodile as the playable character instead of the blue hedgehog. The game is modified to use Vector's sprites (edited from Knuckles Chaotix) in place of Sonic's, along with several modifications to the player's stats and abilities.

Vector can perform the Spin Dash while on the ground, and the Air Dash while in mid-air in any direction. Due to his reduced jump height and acceleration, these new moves can become crucial to completing certain levels: