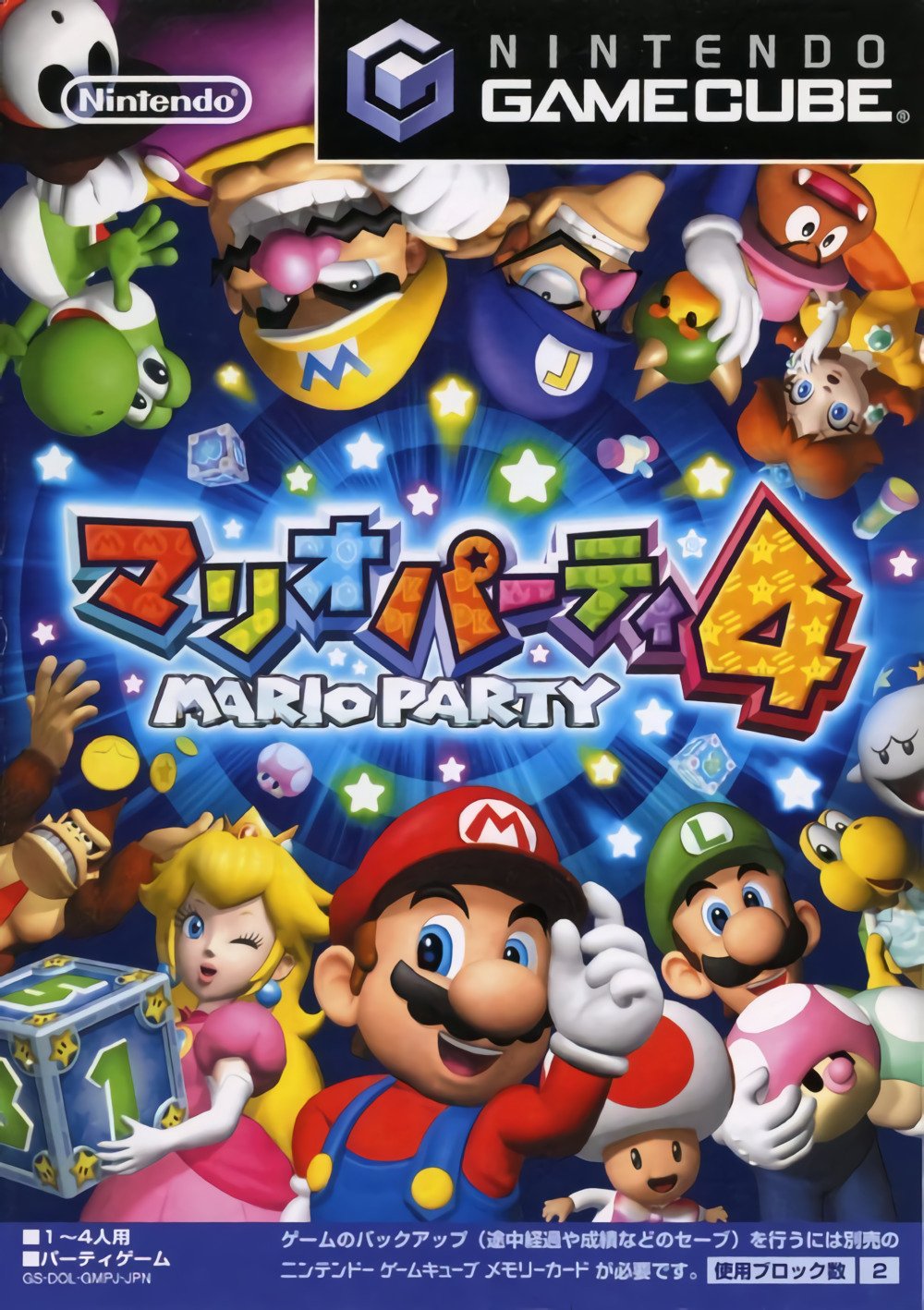 By Tanuki78 : November 20
The fourth entry in the Mario Party series features 5 new game boards and over 50 new mini games. Part board game, part arcade style action, the object of the game is to collect the most stars (or coins) from the game board by the end of a set number of turns. Between each turn the players compete against each other in mini games to earn coins which can be used to buy stars or other useful items. The mini games can be played two against two, one against three, or every player for himself.

Game options include: Party mode (up to four players can compete against each other), story mode (one player goes against the computer), and mini-game mode (any of the mini games unlocked so far can be played.)