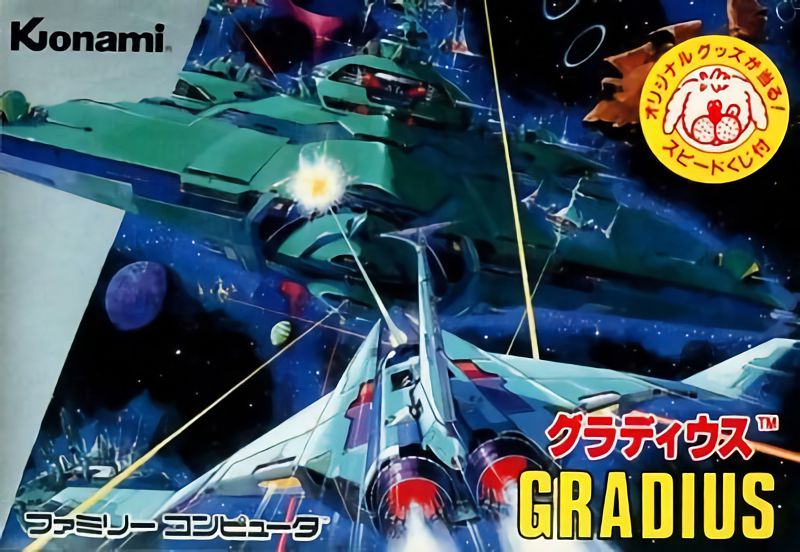 The people of Gradius are in trouble. The ameoboid Bacterions have launched an all out attack against the planet, and it's up to you to fly into battle and save them. Along the way you'll be able to power up your ship with hyper speed, force fields, lasers, missiles, double beam cannons and more to help you battle.

Gradius is a side-scrolling shooter. Shooting certain enemies will leave a power up pod behind which can be collected to add more power to your ship. Each level features a wide variety of enemies trying to stop you, with a large boss at the end. Gameplay is for one player or two players alternating.