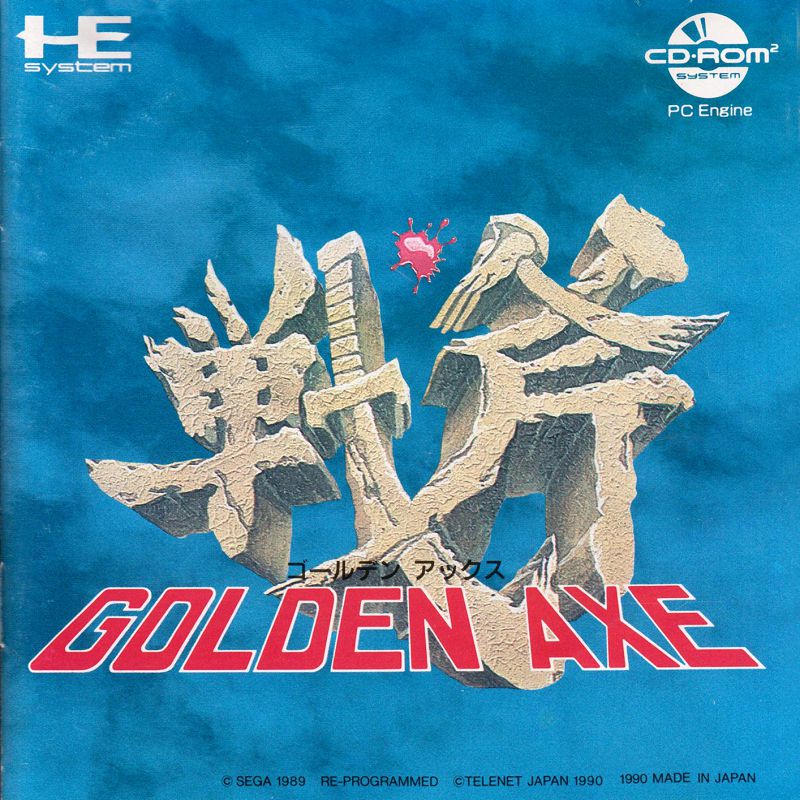 By Apharel : January 5, 2018
Golden Axe is an arcade beat-'em-up game that puts players in the shoes of one of three heroes, each with his own reason for trying to overthrow the evil rule of Death-Adder, who - along with his forces of darkness - kidnapped and imprisoned the King and his daughter and stole the legendary Golden Axe.

This is a horizontal fighting game, where you basically take one of the three characters (the barbarian Ax Battler, a dwarf named Gilius Thunderhead or the amazon Tyris Flare) and bash everything which stands between you and Death Adder himself. Each character has a special magical ability that can be charged by kicking small blue creatures that drop a potion. There is also a green variety off this creature that drops food that replenishes your health. Some enemies ride dragons and a scorpion like creature. The enemies can be knocked off and you can mount the creature yourself and attack the enemies with it.

The game allows to play up to two players on a same screen, however in the C64 version this option has not been implemented. C64 version was also stripped off in the other areas, such as: only one enemy can engage the player at a time or there are only two types of dragons instead of three.