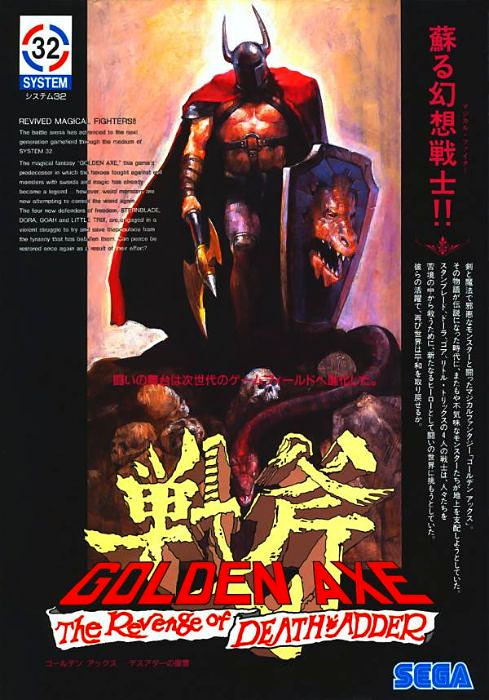 The battle arena has advanced to the next generation gamefield through the medium of SYSTEM 32.

The magical fantasy "GOLDEN AXE", this game's predecessor in which the heroes fought against evil monsters with swords and magic has already become a legend ... however, weird monsters are now attempting to control the world again.

The four new defenders of freedom, STERNBLADE, DORA, GOAH and LITTLE TRIX, are engaged in a violent struggle to try and save thepopulace from the tyranny that has befallen them. Can peace be restored again as a result of their effort?