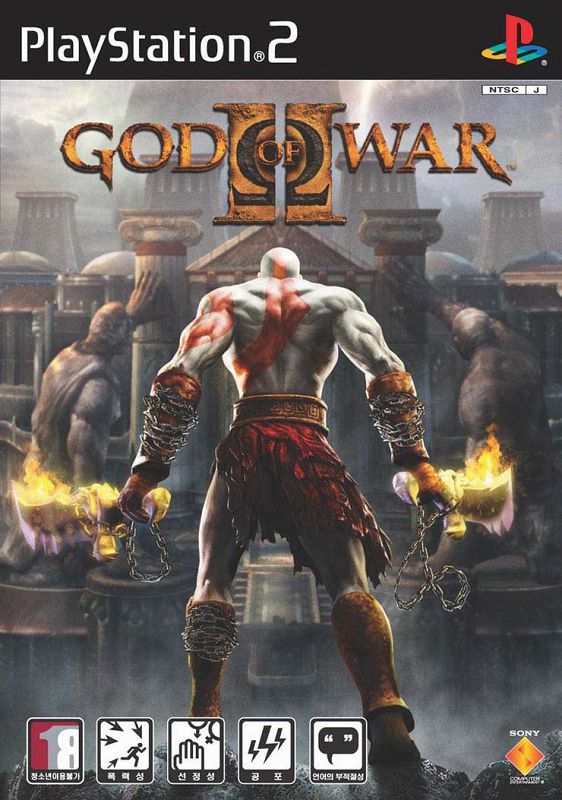 The brutal warrior Kratos returns as the new vengeful God of War. The second chapter of the series focuses once more on a tale of revenge. Having defeated Ares and now a god himself, Kratos proves to be a more vicious and power-hungry god than Ares ever was. Eventually he finds himself betrayed, with his godly powers and abilities removed from him. Kratos sets upon another epic quest to find the Sisters of Fate and do what no mortal or god has ever done: change his destiny and reclaim his power.

Like its predecessor, God of War II is an action game with platforming and puzzle-solving elements. Still utilizing the Blades of Chaos, Kratos must rip apart his enemies and and other gods, heroes, and monsters from the Greek myths that stands in his way to revenge and power. As before, the higher the combo achieved from killing an enemy, the more red orbs will be awarded to Kratos for upgrades. Kratos has a selection of spells which utilize the blue orbs. Some are familiar from the previous game, while others are new to the sequel and its storyline.

In addition to the action and light puzzle-solving, Kratos takes to the sky in the sequel with some rail-based flying levels on the back of either a Pegasus or gryphon. He also learns several new abilities for combat as well as for solving the puzzles in the game, such as for example the ability to slow down time.

Included with the game is a second disc that has such bonus features as deleted levels, the voices of God of War II, the musical score, and a documentary about bringing the game to life.