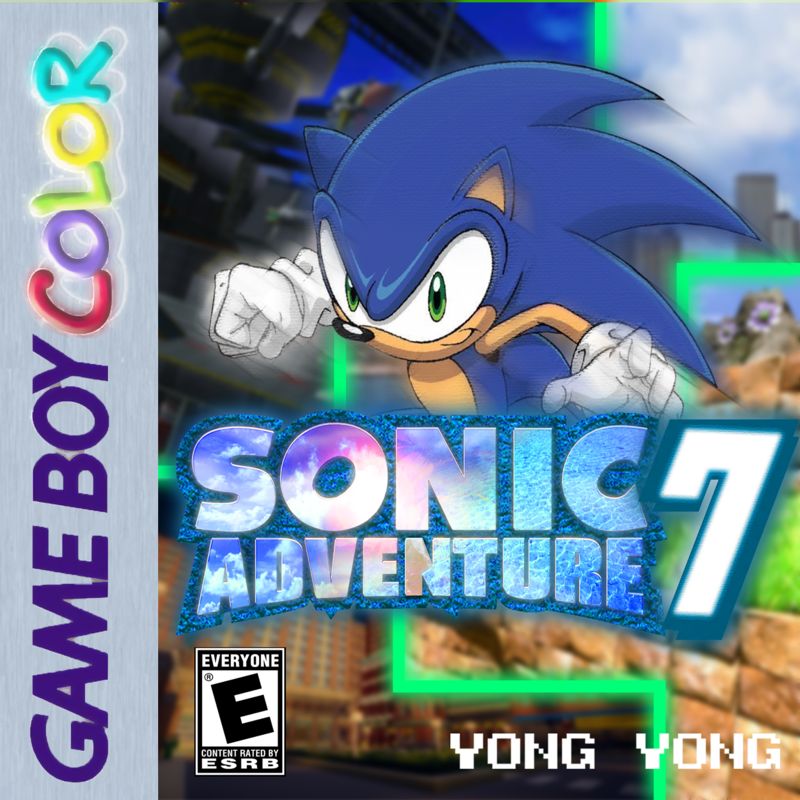 Sonic Adventure 7 is a pirate game for the Game Boy Color.
The intro to this game is a shortened version of the Sonic & Knuckles title screen animation, and the title screen is the Sonic Adventure logo. The graphics seem to have been hastily recolored, as they are often unseemly and visually unpleasant (for example many neon colors are used and some sprites are not colored).

Sonic the Hedgehog is the only playable character in the game, despite the appearance of Knuckles in the intro. The game physics are rudimentary compared to the official games. Sonic has only two distinct movement speeds. He is unable to hit enemies from the side when using his spin attack jump, and must land directly on top of them. The Spin Dash is also present, but is not fully functional.

The invincibility boxes that appear are useless, Sonic can still be hit, lose rings, or lose a life.