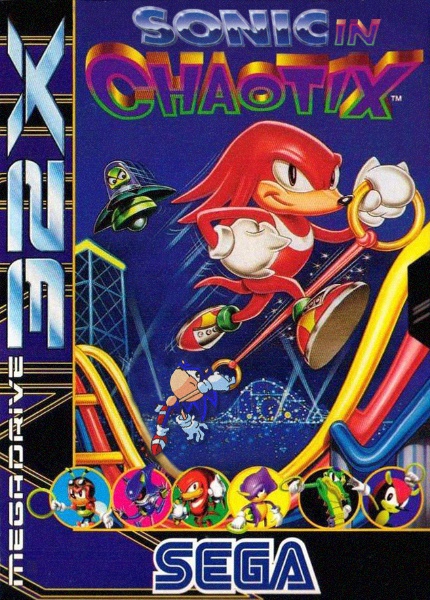 Sonic in Chaotix is a hack of Chaotix for the Sega 32X by JJFTails. By replacing Mighty's sprites with those of Sonic, Sonic is now a playable character in the game.

The Title screen sprite comes from a Sonic in Chaotix hoax which was created earlier. The sprite in the side-scrolling stages comes from Sonic Crackers and the bonus stage sprites come from Sonic the Hedgehog CDs Special Stage. Some custom sprites were made by KojiChao.