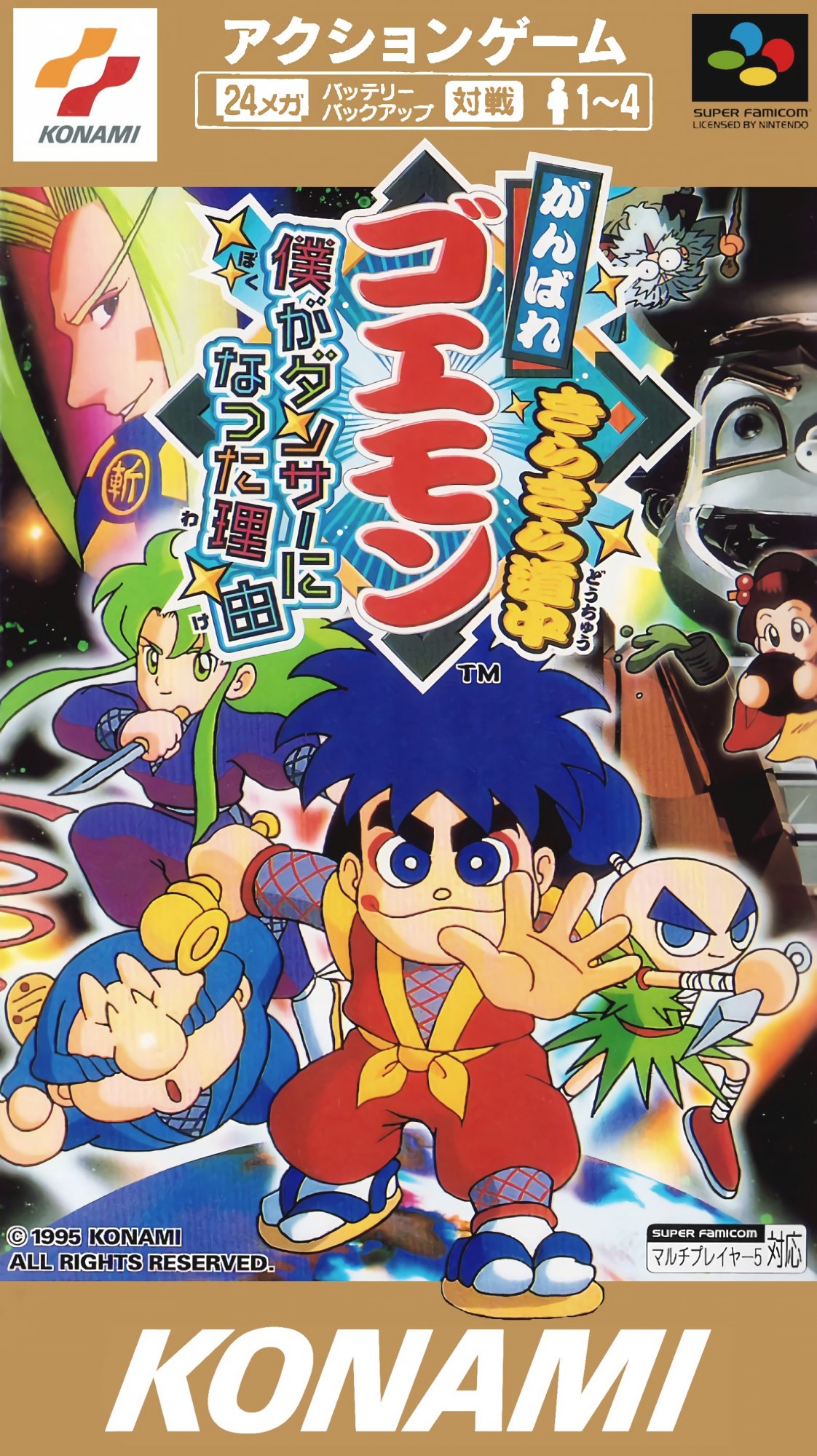 At the request of Impact, Goemon and his friends travel to several planets in order to defeat the evil commander Harakiri Seppukumaru.

Kirakira Douchuu returns to the map-based gaming of Ganbare Goemon 2 and the inclusion of mini-games. Each character is assigned a different world, with several side-scrolling levels and 1-2 towns. Each world has a castle stage, in which the boss fights consist of mini-games. The game also features voice-acting.