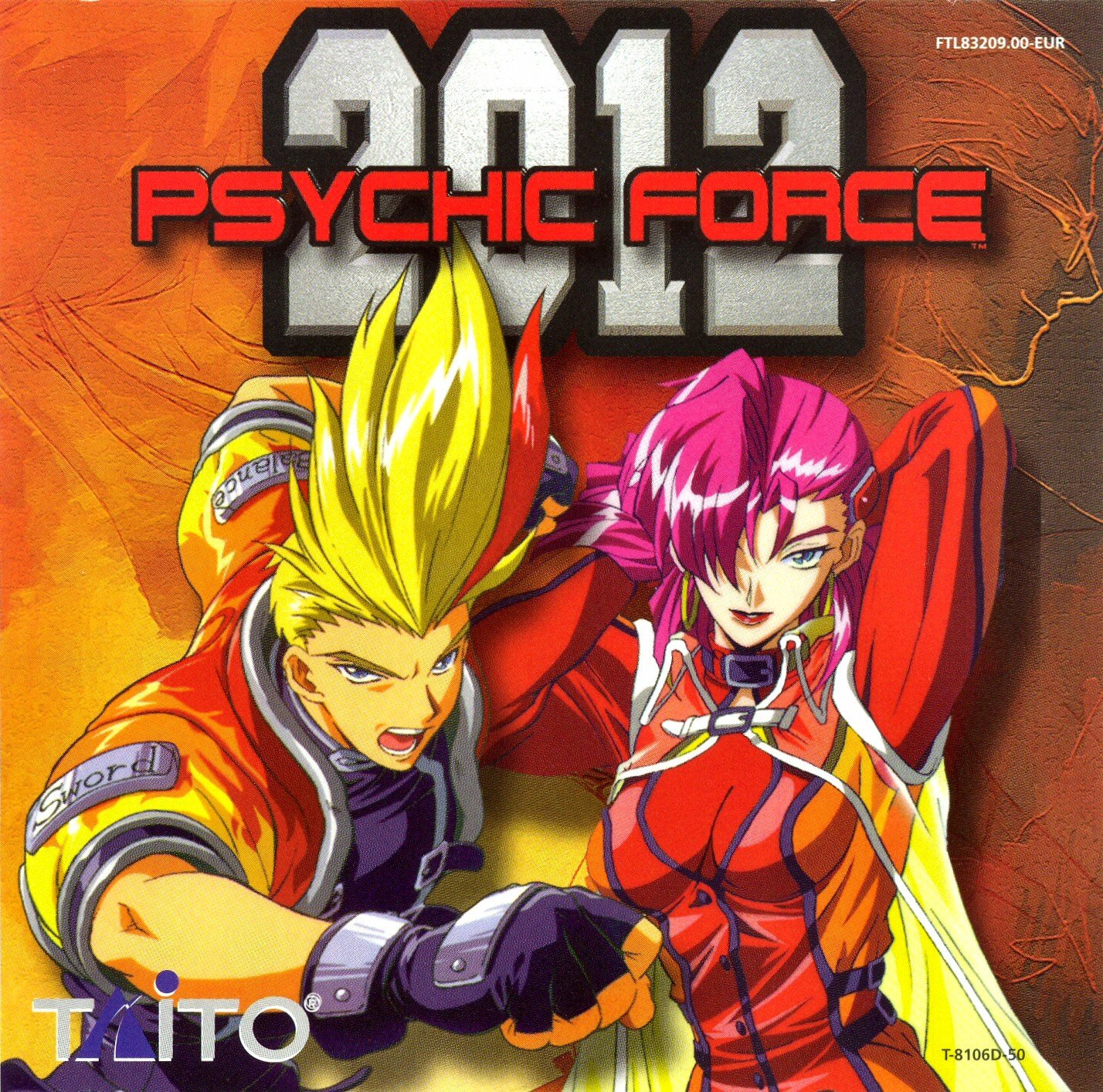 By GambierBae : October 21, 2021
Psychic Force 2012, the sequel to Psychic Force, is a one-on-one fighting game with a twist. The matches take place inside a giant floating cube. You are able to fly, using your psychic abilities, around a 3D arena with six walls. Each of the ten available characters, Might, Regina, Wendy, Emilio, Setsuna, Patty, Gudeath, Genshin, Carlo, and Gates, are controlled with three buttons: guard, weak attack and strong attack. The effect varies with the distance. Next to the regular life meter, there is also a power meter. By using special moves, the meter is drained and your moves are limited. It is possible to recharge, and the capacity of the power meter expands when you lose a lot of health.

Additionally, each fighter has its own unique moves, energy attacks and a weapon, which they use, mid-flight, to pummel their opponent. There are three main game modes: training, versus and a story mode using static anime-inspired images and in-engine cut scenes to tell the story. The story centers around two groups of psychics with differing ideals about co-existence with humans. In the middle of this are several neutral psychics with ties to members in either group.

The later PlayStation port, renamed to Psychic Force 2, adds the 3 missing characters from the first game (Genma, Brad and Sonia), the psy-expand mode where the player can play a series of special battles to learn other character attacks, and an anime intro video replacing the original in-game intro. It also lowers the overall difficulty of the CPU fighters and makes some control adjustments (for instance the shield can now optionally be enabled with a single button). Of course, the graphics were notably degraded.