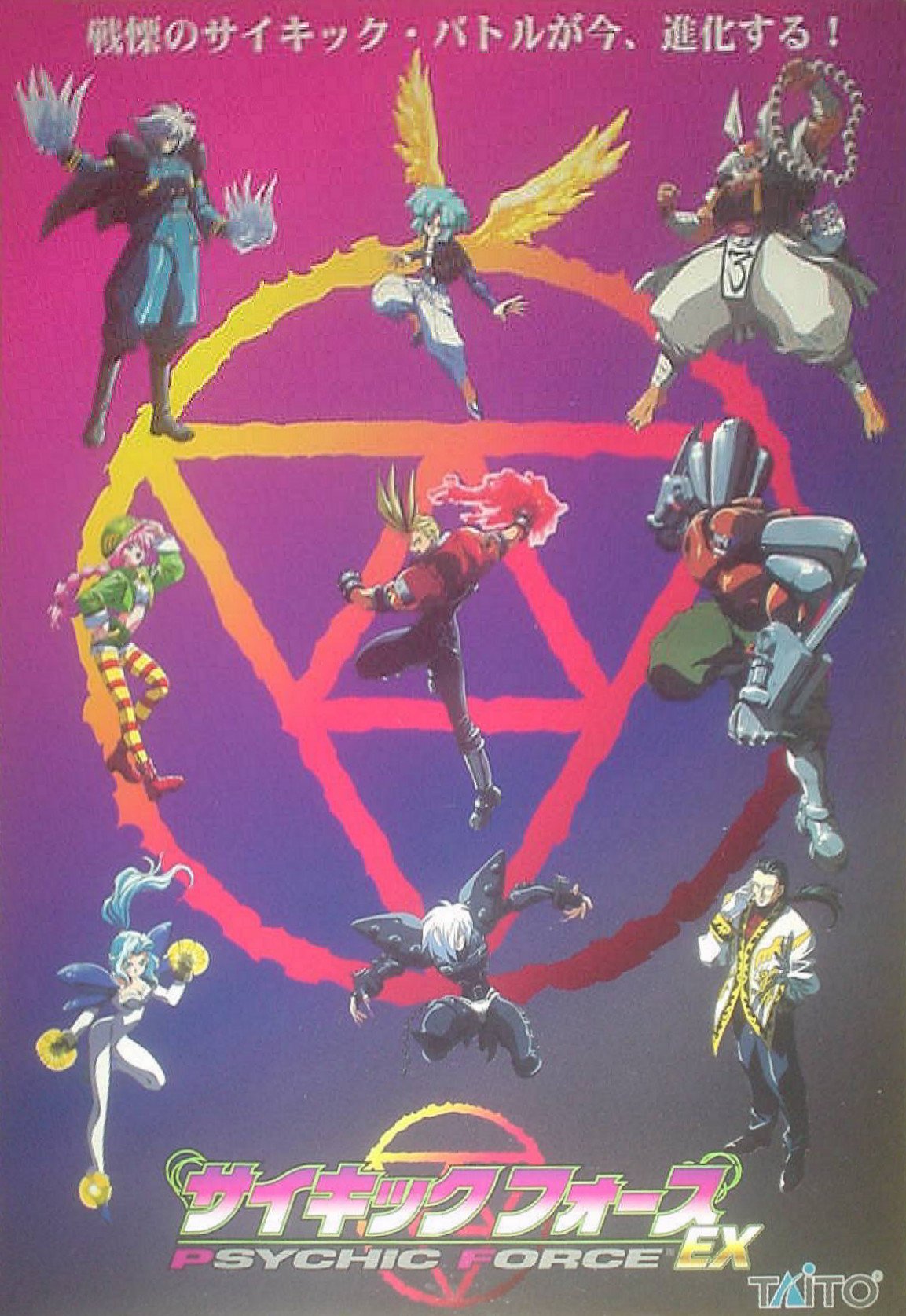 Psychic Force EX is an arcade exclusive update of Psychic Force, which was released a year later in 1996. EX would make Keith, the final boss/secret character of the original game a playable character without having to initiate a code and that the characters would receive new color schemes for their costumes while the gameplay was improved and balanced.