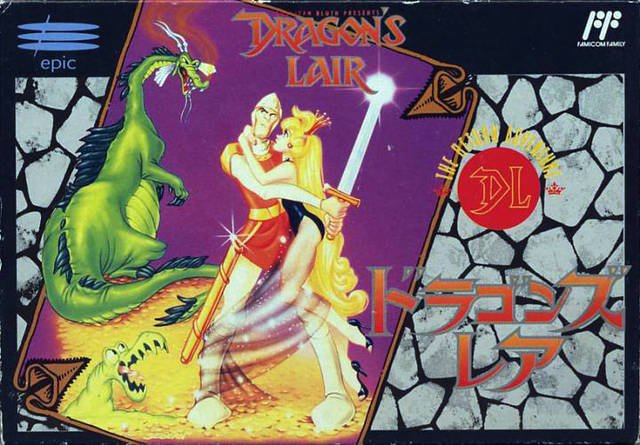 The NES version for Dragon's Lair brings Dirk the Daring in a side-scrolling game, different from the interactive movie gameplay common to the other games under the same license.
Once again, Dirk is up to rescue Princess Daphne from the evil dragon Singe. To do so, Dirk will use weapons such knifes, axes, fire balls, etc, thrown against dragons, bats, snakes, the Lizard King (who will steal gold from him), among other foes. He will also do a lot of jumping and ducking to avoid threats along his way, such as falling bridges, presses, spikes and holes on the floor.
Neate reacted to this