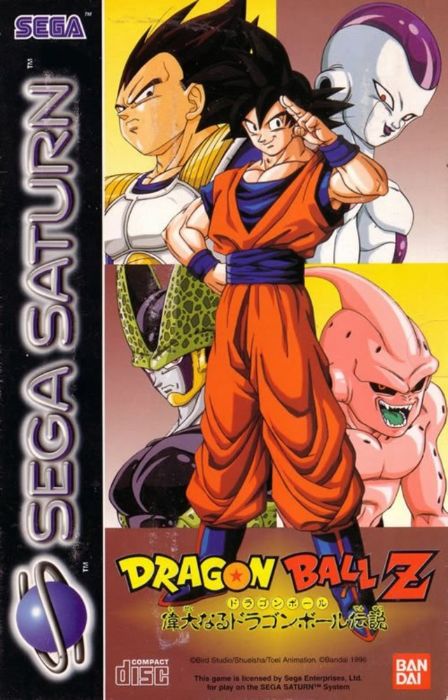 The game utilizes a unique system of play that is different from most other fighters. The graphics feature 2-D sprites in a three dimensional world. Although each battle begins on the ground, the majority of the action is featured skyward. The characters fly around each other and utilize rapid punches and kicks, and ki blasts, either singularly or rapidly by holding the assigned button for a short period. The characters have a limited amount of ki that can be charged over time. If the player uses all of their available ki their character will stop fighting out of exhaustion, leaving them wide open for an attack. The life meter is a scale made up of energy from both sides that shifts depending on damage taken, and after one side is depleted, the character performs a special "Meteo Attack", which takes place in a cut scene and finishes off the opponent. Each match is made up of two teams that can include one fighter or multiple fighters (up to 3) that can be switched out at various times.

The story mode of the game is divided into episodes, and it encompasses all of Dragon Ball Z, featuring the most important battles of the series.