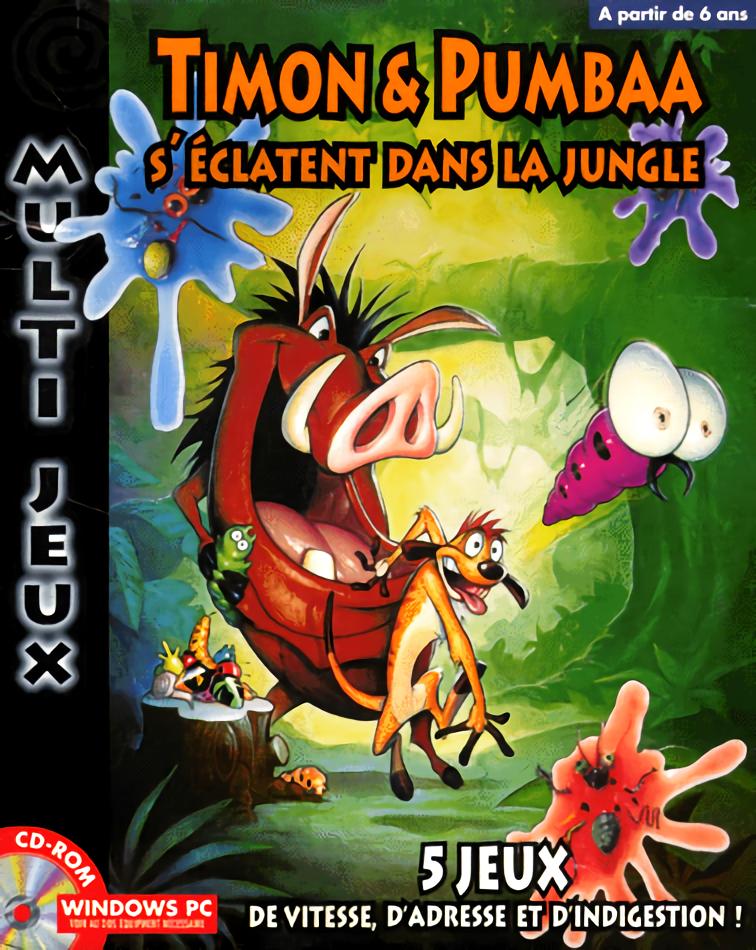 * Hippo Hop - Help Timon travel across the river while collecting the grubs for Pumbaa's grill. Be sure to avoid the hyenas!
* Jungle Pinball - A zany pinball games with hyenas, elephants, gophers and more! (Similar version released later as Disney's Hot Shots: Timon and Pumbaa's Jungle Pinball).
* Sling Shooter - Shoot berries at various targets popping up (similar version released later as Disney's Hot Shots: Swampberry Sling).
* Bug Drop - A Tetris-like game. Play against the computer or a friend (not in the SNES version).
* Burper - Collect grubs while avoiding/destroying unwanted ones with Pumbaa's powerful burps.

The main menu has many hidden animations that can be found when you click on various objects.