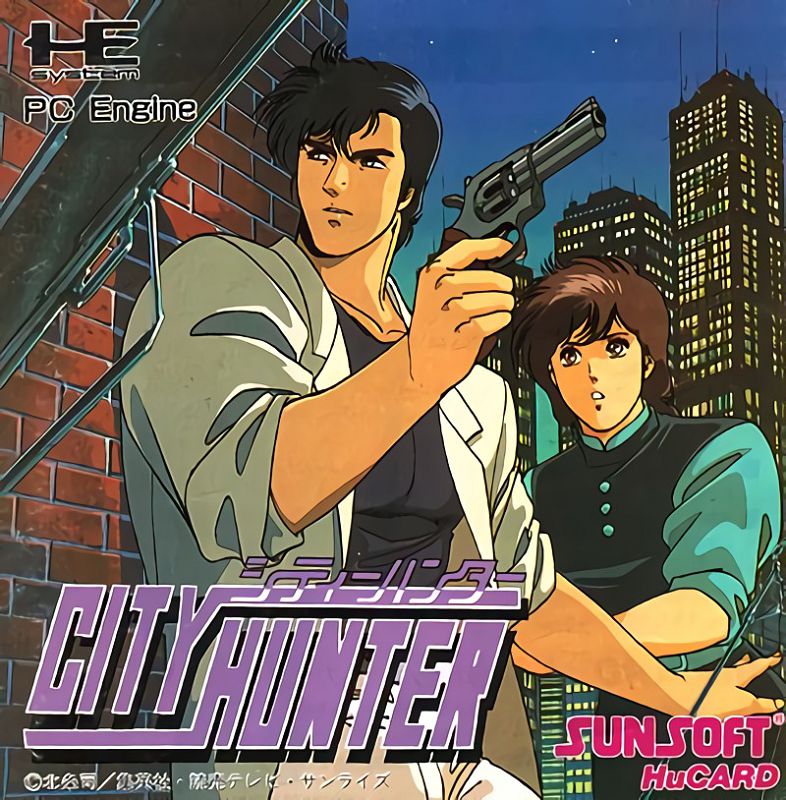 City Hunter is based on the eponymous manga by Tsukasa Hojo. The story focuses on Ryo Saeba, a young man with a mysterious past, who founds the City Hunter team in Shinjuku, Tokyo. The City Hunter is an underground private detective agency, which takes care of particularly dangerous cases. In the game, the player is able to play through three of such cases, which are unrelated to each other and can be played in any order.

The gameplay is essentially that of a side-scrolling shooter. The player navigates Ryo through the stages, dispatching of the frequently appearing enemies with his gun. The gameplay system is rather simple; multiple mission items may be carried but different weapons or power-ups are not available for use. The levels are usually designed as vast indoor areas, with many rooms Ryo can enter. The structure of the game also reveals mild adventure elements: often it is necessary to speak to a character, receive an item (such as a key), back-track to a previous area in order to reach a previously inaccessible room, etc.

Thanks to cabbage and filler for this translation.