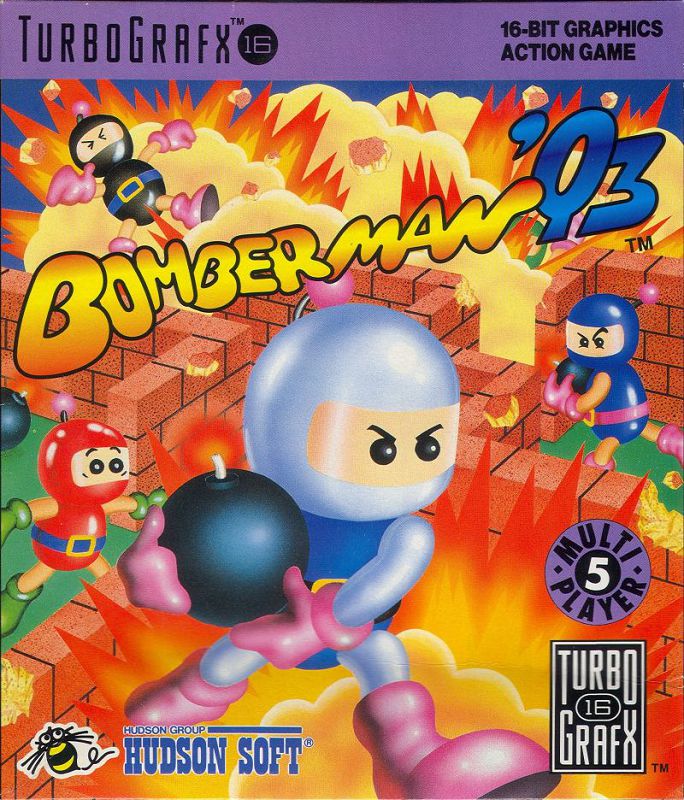 Black Bomberman has cut power to the galaxy's own power station, which resulted in disputes between seven planets, and it is up to White Bomberman to restore power to the station and bring peace to the planets again. The objective is the same as in Dyna Blaster: use bombs to destroy all enemies in a level. Once you have destroyed them all, find the exit hidden in a block so you can be transported to the next level. A block will also flash yellow to let you know that a power-up can be obtained there. Power-ups include more bombs, manual detonation, extra lives, and extended flames. Occasionally, you also get the ability to walk through bombs or walls, or to kick bombs.

If you manage to reveal the exit before all enemies are destroyed, it remains in an "inactive" state, meaning that you cannot be transported to the next level until you blow up all the enemies and therefore making it "active". If you accidentally blow up the exit, whether it is active or not, or if time runs out, you will unleash a few enemies that you also need to destroy. After every eighth level, there is a boss that you need to destroy to proceed to the next planet.

Besides this Normal mode, there are two other modes: Battle and Versus. In Battle, you can play against four human- or computer-controlled players in one of seven stages, each with different features like warp holes, conveyor belts, revolving doors, and much more. In Versus, you play head-to-head against a friend using the TurboExpress for non-stop action. Regardless of these two modes, you can still obtain power-ups to give out some punishment against your fellow players, and the maximum number of wins can be set before play.