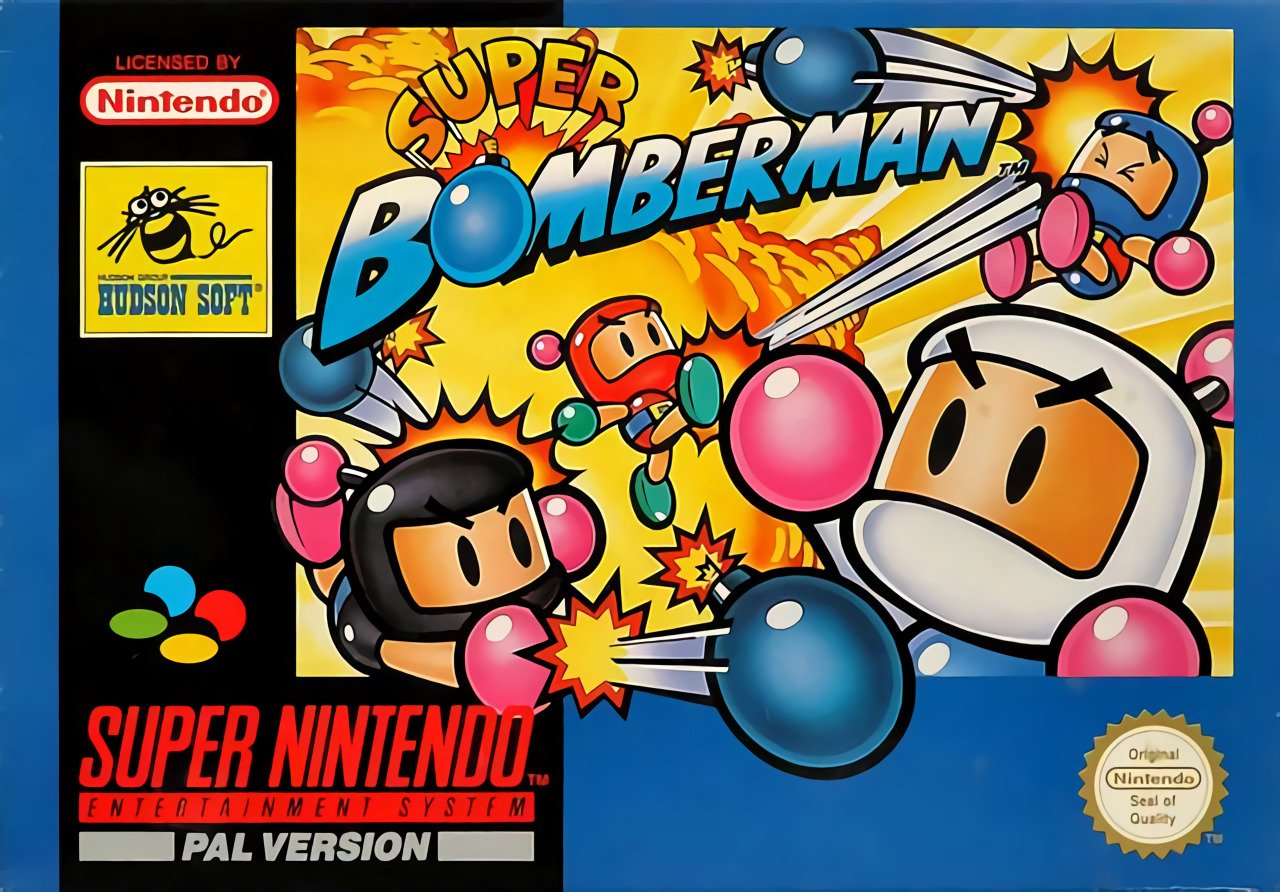 The basic gameplay involved in Super Bomberman is relatively simple. The game takes place on a single non-scrolling screen. The screen shows the top down view of a grid of 143 squares. The grid restricts the movement of characters so they can only move horizontally or vertically around the screen. Pressing the 'A' button will make your Bomberman drop a bomb at his feet. This bomb will pulse for a few seconds (allowing you time to run away) and then explode, shooting flames horizontally and vertically. The game revolves around the idea of using these bomb blasts to destroy walls and enemies.