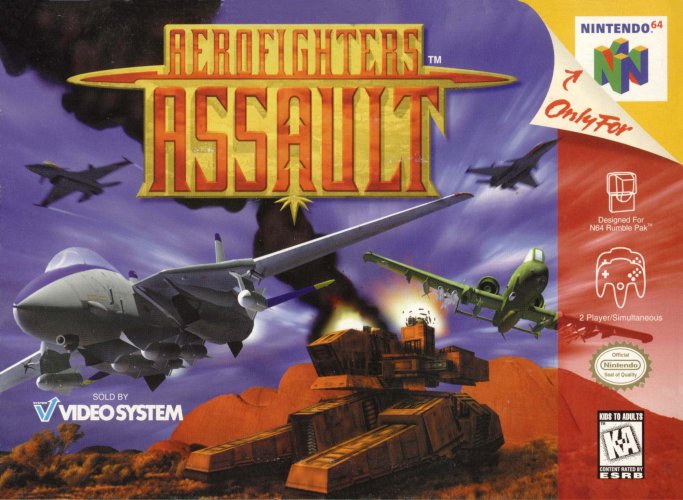 By GambierBae : February 9
In AeroFighters Assault a terrorist organisation named Phutta Morgana has melted the Antarctic and is using the water to flood Earth's cities. The player takes part in the Project Blue unit which has to stop these terrorist acts.

Regarding gameplay, the game is a mix between a regular shooter like Star Fox 64 and a simulation like Pilotwings 64: the player observes the action from behind the aircraft and uses the analog stick to dodge and the other buttons to shoot enemies. Each of the eight planes (six regular and two bonus) features four different weapons: two have unlimited ammo, air mines and the special weapon are restricted to respectively ten and two uses per round. Before every of the eight regular and four bonus missions the player can choose between one of four characters and his aircraft (the other ones become his wingmen).