Zelda no Densetsu: Fushigi no Boushi 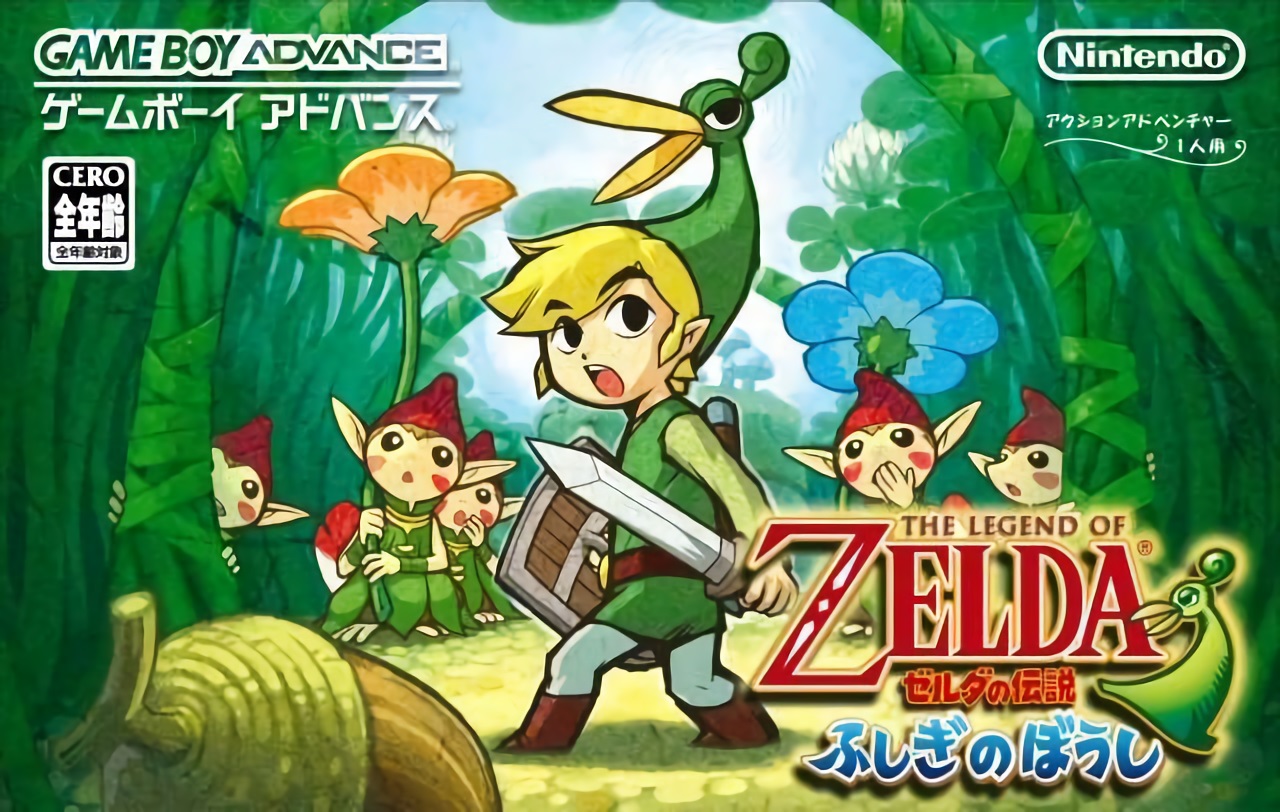 Zelda no Densetsu: Fushigi no Boushi (The Legend of Zelda: The Minish Cap) is a top-down action adventure game that tells the origins of the evil Vaati from Four Swords. Players take on the role of Link as they conquer various dungeons to retrieve essential tools to fight enemies and progress through various obstacles. Items such as the Mole Mitts allow Link to dig through dirt, while the Gust Jar can be used to suck in enemies, items, and propel Link. Link can also shrink down to the size of a Minish with the aid of Ezlo, the talking cap.