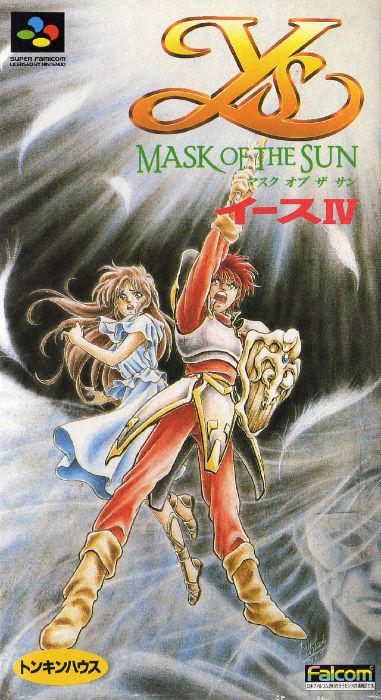 After having defeated the ultimate evil in his previous adventure in the magical land of Ys, the red-haired swordsman Adol Christin returned to the town of Minea. Suddenly, Adol notices a bottle, thrown onto the shore. It contains a letter, written in a foreign language, in which an unknown person asks Adol to come to the land of Celceta and save it from a mysterious evil. Adol decides to accept the offer, and thus his new adventure begins.

Ys IV: Mask of the Sun is one of the two games bearing the fourth number in the series, the other one being The Dawn of Ys. Though quite different in general, the two games share the same basic plot and are both sequels to Ys II and prequels to Ys III. Like the first two games in the series, Mask of the Sun is a top-down action role-playing game. Its combat system is similar to that of the earlier games. with slight modifications. An enemy should be rammed from the side in order to inflict damage; if performed incorrectly, the player character will get hurt himself. Magic is learned from equipping various swords with elemental properties.