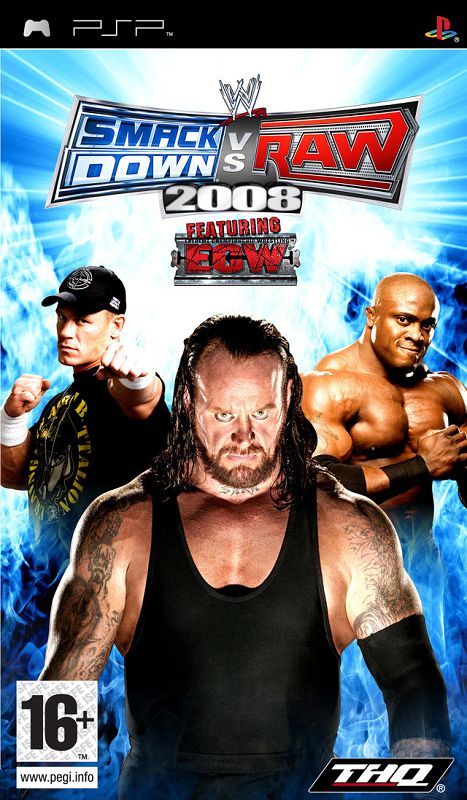 The 2008 edition in the Smackdown vs. Raw series holds new features to the WWE game franchise. This is the first in the series to include the extremists of ECW, including The Sandman, Marcus Cor Von and CM Punk.

The game also features a new struggle submission system, new weapon choices including guitars, and eight superstar fighting styles, including Showman, Powerhouse, High-Flyer and more. Each player can now choose a primary and a secondary fighting style. It continues the legend trend and new arenas, such as Wrestlemania 23, Unforgiven and Summerslam as well as the classic superstars like Undertaker, Shawn Michaels and Ric Flair. The roster largely depends on the platform, and some versions include wrestlers not available in the other ones.

The season and general manager modes of the previous games have been merged into the WWE 24/7 mode (PlayStation, Xbox 360), allowing to create a new superstar, play as an existing one or choose to manage someone. In the Wii version this is called Main Event mode, and it does not contain an option to manage wrestlers.

There is also a new Tournament mode with various challenges. Some of the features match types are Iron Man, Battle Royal, Hell in a Cell, Tables, Ladders, and Chairs match, Hardcore, Ladder, Elimination Chamber and Royal Rumble. In the Wii version five match types are available: Single (One on One), Tag Team (Two on Two), K.O. Match, Triple Threat and Hardcore. It does not have the WWE Shop and a smaller move list, but includes Mii integration (menu screens and in-game HUD) as well as motion-sensing attacks based on the controls.

The Xbox 360 versions allows players to use custom music during entrances while the PS3 version offers a first-person view during those sequences. Both are the only ones to offer online multiplayer.