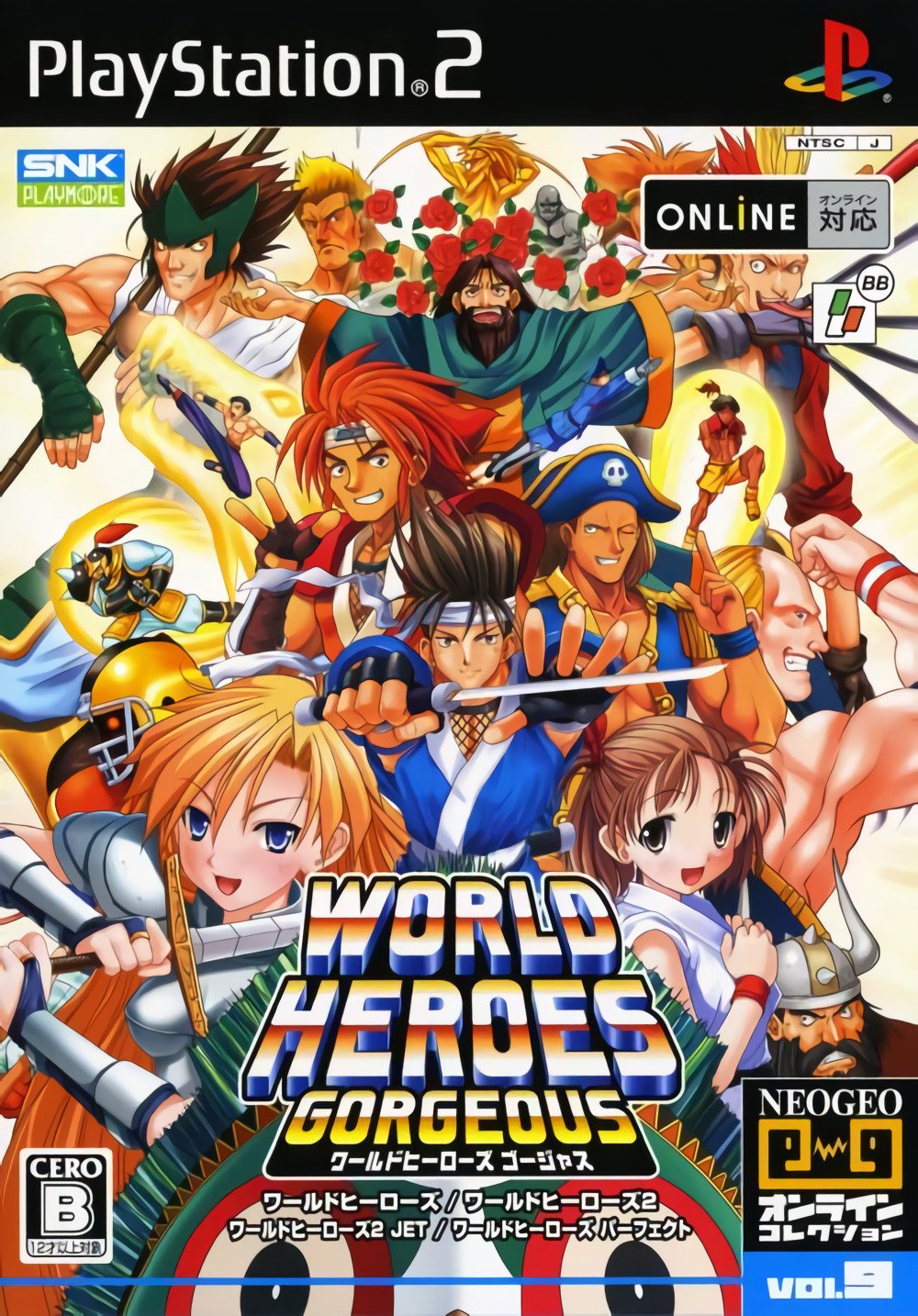 By GambierBae : October 14
This is a compilation of the four games in the World Heroes series:

The game also allows you to remap controls, edit the character colors, choose between an original or an arranged soundtrack, and access a special training mode. Another new feature is the ability to see your character's move list while playing the game.

The Japanese version of the game allows you to play against other users via the KDDI Matchmaking Network. This feature is not available outside of Japan.