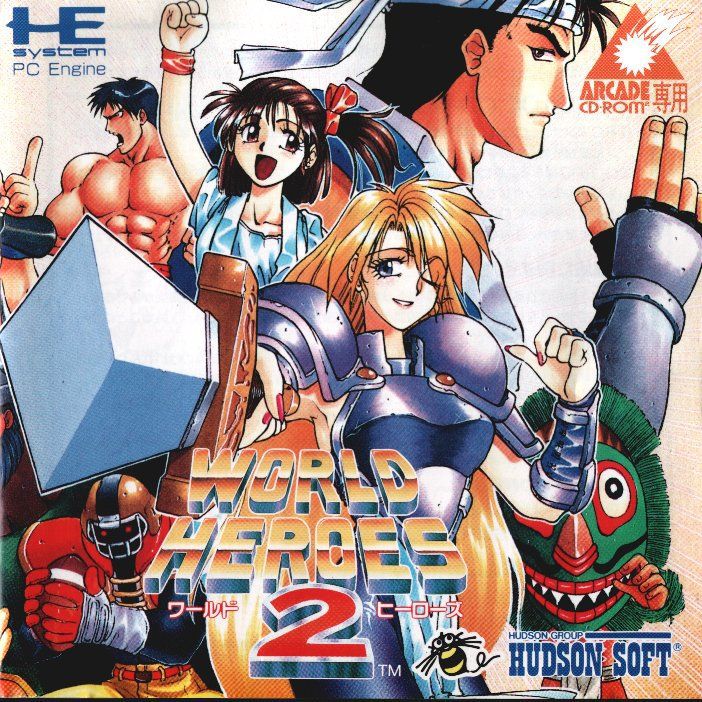 The time-traveling tournament fighters are back! The original eight characters from the previous game return, along with six new characters hand-picked from several different eras and locations all through time. Who or what is behind this new tournament? In order to find that out, the strongest fighter must defeat all the opponents, win the title, and face the one who has all the answers.

The second World Heroes game features new stages and music, as well as improved animation and graphics. Fighters can now reflect projectile moves at their opponents, and reverse normal throws if the player's timing is right. The original game's Death Match mode is also back, but with a new feature - the life bar will increase or decrease as the fighter inflicts or receives damage. If the player manages to get his fighter's life bar to 100%, the enemy will lose.