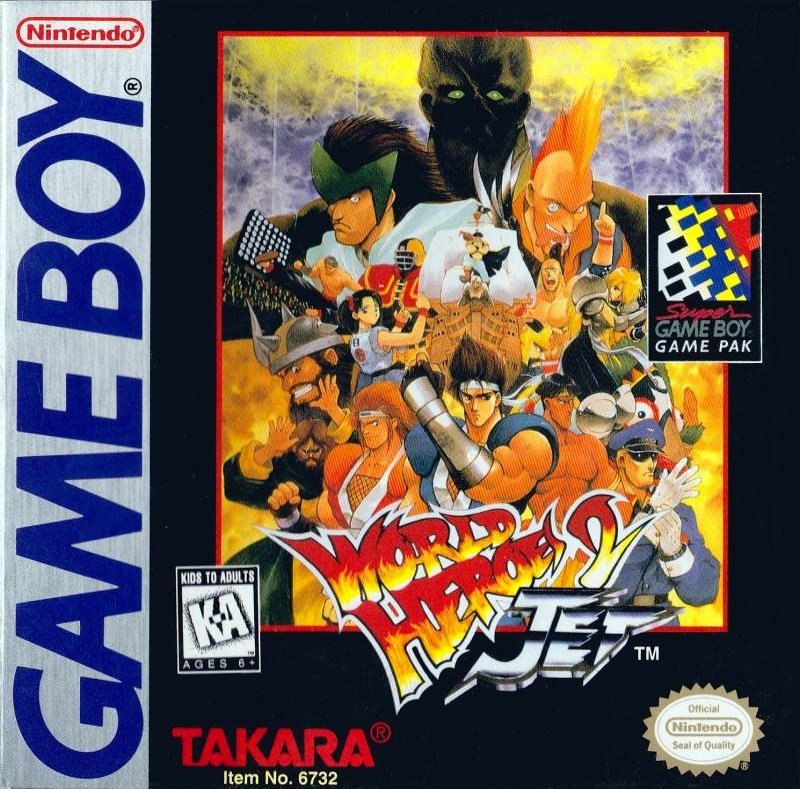 By Perichor : February 17
World Heroes 2 Jet is the third game in the World Heroes series. A third tournament featuring warriors from all over the world (and different periods in time) has begun, and it's up to you to fight to the finish to find out who is organizing it.

The game is an upgrade / fine-tuning of World Heroes 2, and contains many new features:

Two new fighters, Jack and Ryofu, have been added to the game
Two all-new fighting modes have been added: "Entry to the Tournament" (story mode), and "The Forging of Warriors"
You can now dash towards or away from your opponent
If you and your enemy hit each other with an attack that has the same power, you'll freeze for a moment and push each other away
All new stages and music have also been included.

"Entry to the Tournament" features you fighting several elimination rounds against three different opponents; you have to win two out of three one-round matches to move on. "The Forging of Warriors" is a training mode where you can fight against four different enemies in order to hone your skills.