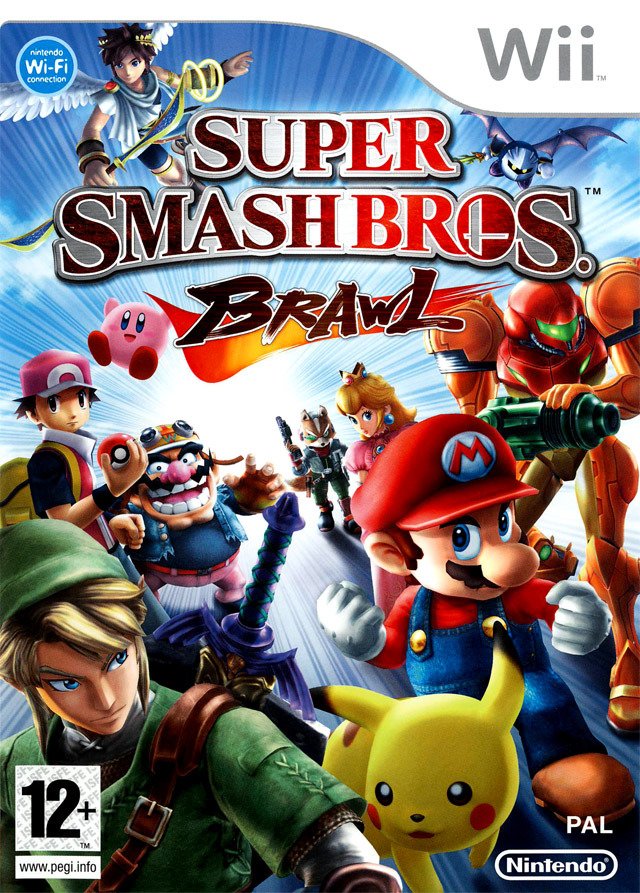 Super Smash Bros. Brawl is a 2008 crossover fighting video game developed by Sora Ltd. and published by Nintendo for the Wii. The third installment in the Super Smash Bros. series, it was announced at a pre-E3 2005 press conference by Nintendo president Satoru Iwata. Masahiro Sakurai, director of the previous two games in the series, assumed the role of director at Iwata's request. Game development began in October 2005 with a creative team that included members from several Nintendo and third-party development teams. After delays due to development problems, the game was released worldwide in 2008.

The number of playable characters in Brawl has grown from that in Super Smash Bros. Melee, although some characters from Melee were cut in Brawl. Brawl is the first game in the series to have playable third-party characters. Like that of its predecessors, the objective of Brawl is to knock opponents off the screen. It is a departure from traditional fighting games, notably in its simplified move commands and emphasis on ring outs over knockouts. It includes a more extensive single-player mode than its predecessors, known as the Subspace Emissary. This mode is a plot-driven, side-scrolling beat 'em up featuring computer-generated cut scenes. Brawl supports multiplayer battles with up to four combatants, and is the first game of its franchise to feature online battles via Nintendo Wi-Fi Connection. The game is unique in that it can be played with four different controllers, including the Wii Remote, Wii Remote with Nunchuk, GameCube controller, and Classic Controller, simultaneously.