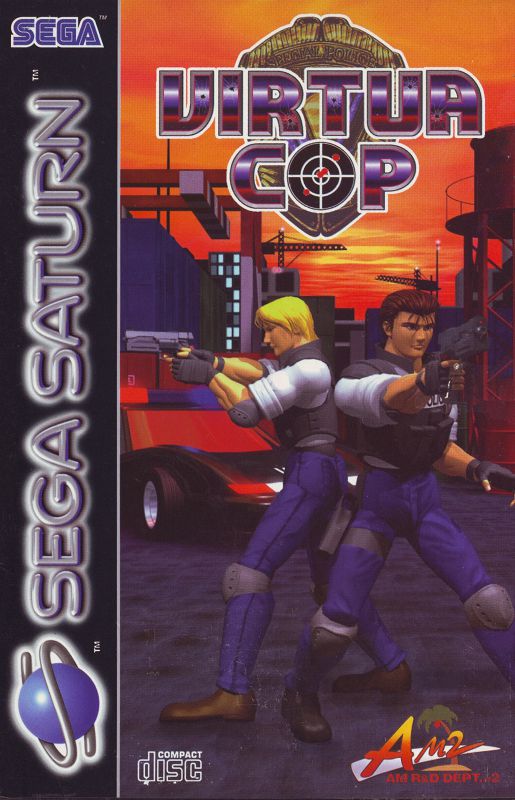 By GambierBae : May 3, 2019
Virtua Cop is a light gun rail shooter and first game in the series. Cast as one of two brave cops, players are charged with bringing down an evil crime syndicate that is running riot in some unspecified town.

Dropped into a series of locations, one or two players must arm up and shoot their way through three death filled levels, in an attempt to restore peace and order. Played from a first person perspective view, players can use keys or joypad, to aim and fire at the multitude of sharp shooters who come gunning for them. Starting the game armed with just a trusty old six-shooter, players can pick up more powerful, state-of-the-art weapons -- such as machine guns and shotguns -- as they progress. As these are hidden away in crates and the like, finding these weapons is an important part of the game and they can give players extra firepower when they most need it. In particular, such weapons can be extremely useful when trying to take on the customary end-of-level bosses. Made of stern stuff, you'll need all the help you can get in dispatching them off to hell.