The King of Fighters Kyo 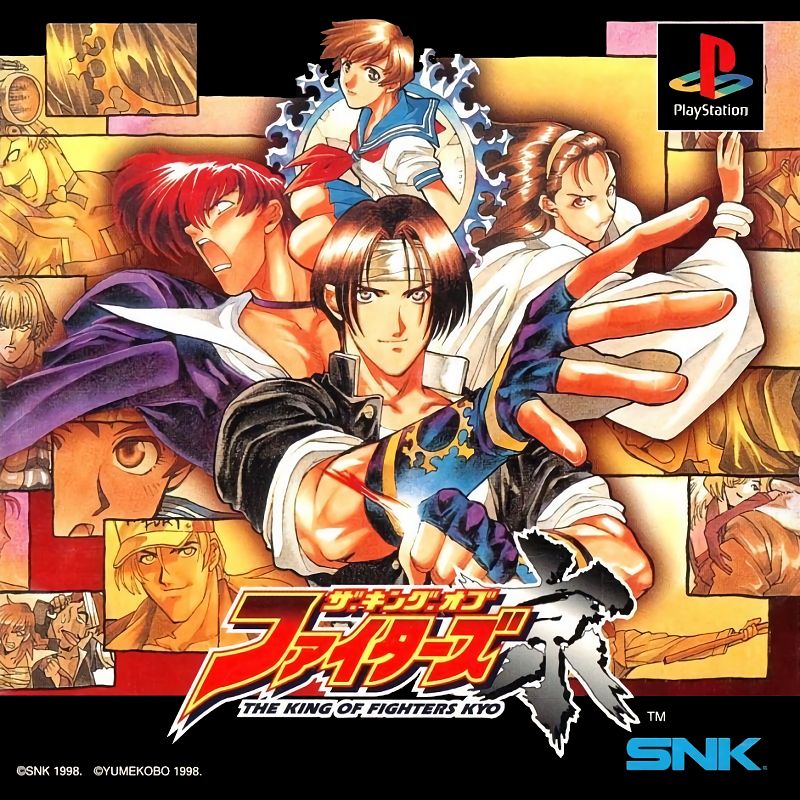 The King Fighters of Kyo is a spin-off from SNK's successful fighting games that focuses on the series main character: Kyo Kusanagi. The game takes place 11 months after the '96 tournament, and covers the months prior to the '97 tournament and the tournament itself from an RPG-like point of view. You control Kyo, and go around the world (starting in your home, Osaka and eventually going to places like Mexico and California) advancing a plot line related to the Orochi storyline and your eternal enemy, Iori Yagami, by interacting with other characters from the series, solving subquests and winning fights viewed from a first-person perspective.

Fights are turn-based, with a menu-based system from which you select actions and moves to execute. The overall objective of the game is to explore and learn everything you can about the back stories and subplots revolving each character, and get a pair of teammates (anyone from the 31 available characters, not just the "hero" team) and enough experience to enter the '97 tournament. Also included is a battle mode, and a sound test mode.

Thanks to Iroquois for this translation.