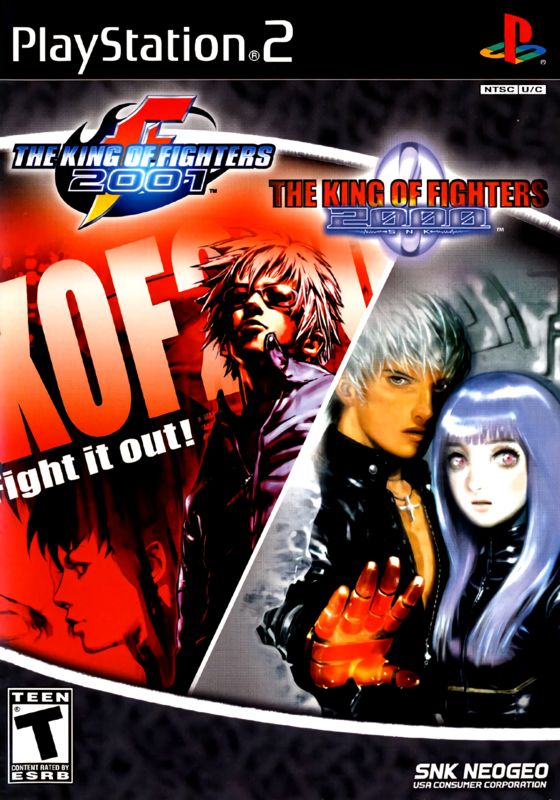 The King of Fighters 2000 features a roster of 34 fighters plus 2 unlockable boss characters. The four-man teams and the striker system introduced during the previous year return in this year's tournament, with the striker system itself receiving significant improvement. One change in particular is the "alternate" striker system, where every fighter in the game now has another character linked to him or her that may be chosen instead of the normal character for striking purposes. For example, one may elect to use Iori Yagami's alternate striker instead of using Iori himself; in his case, the player could elect to choose and use his old teammates Mature and Vice for striker duty instead. Some characters also have hidden "maniac" striker with strange (but potentially useful) abilities.


In this eighth installment of the King of Fighters series, ten different teams once again battle it out in several countries to decide which team will be this year's King of Fighters. However, the NESTS organization is once again standing in the participant's way; they have deployed their own team of four fighters, lead by two individuals of high-rank within NESTS: a man claiming to be the original Zero and Igniz, the CEO of NESTS.

The character roster has been updated yet again for this release in the series. Counting the new characters (May Lee, Angel, K9999, Original Zero, Igniz) and returning fighters (such as Heidern and Goro Daimon), The King of Fighters 2001 has 40 normal characters and 2 boss characters to choose from. In terms of gameplay, the system used in The King of Fighters 2000 remains more or less unchanged with the exception of the striker system, which has been redeveloped since that last KOF release. The number of strikers you may have is now fully customizable; you can have as many as 3 characters assigned as strikers and one as a fighter, or assign all 4 of your characters as active fighters. The number of strikers and fighters can be changed after each battle. In addition, the amount of power you can store for special maneuvers and Desperation Moves increases with each character assigned as a striker. A fully active fighting team has only one Power Stock to play with, while a team that is striker-dedicated (save for the single fighter) can access up to four Power Stocks.