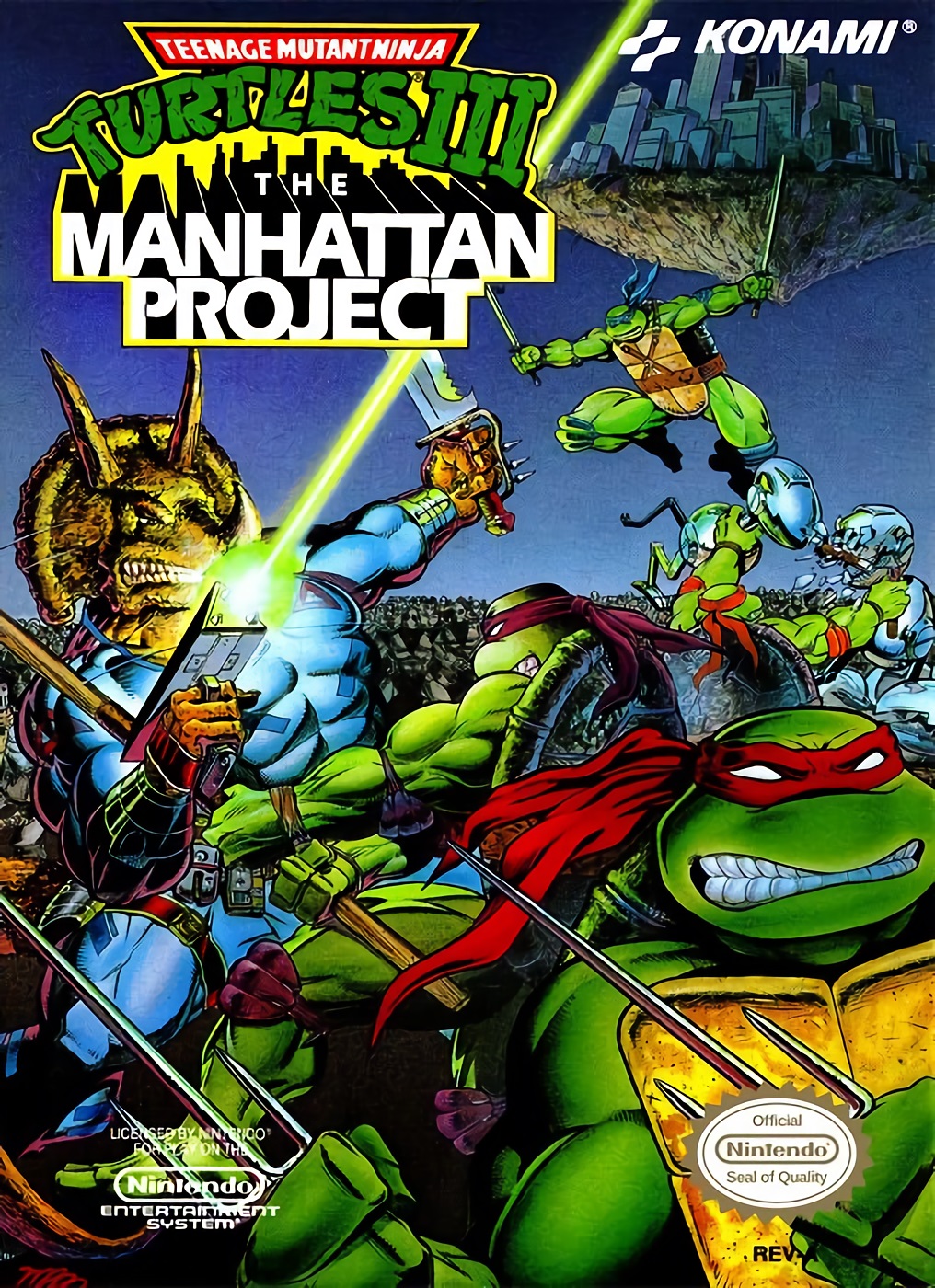 The Manhattan Project is a sequel to Mutant Ninja Turtles II. The third game in the series is very similar to the second one, being a Double Dragon-style brawler. The player selects one of the turtle protagonists who must then fight his way through the stages, taking out as many Foot Soldiers as possible, confronting and defeating the bosses, and finally facing Shredder. As opposed to the previous game, the turtle protagonists have each their unique powers.